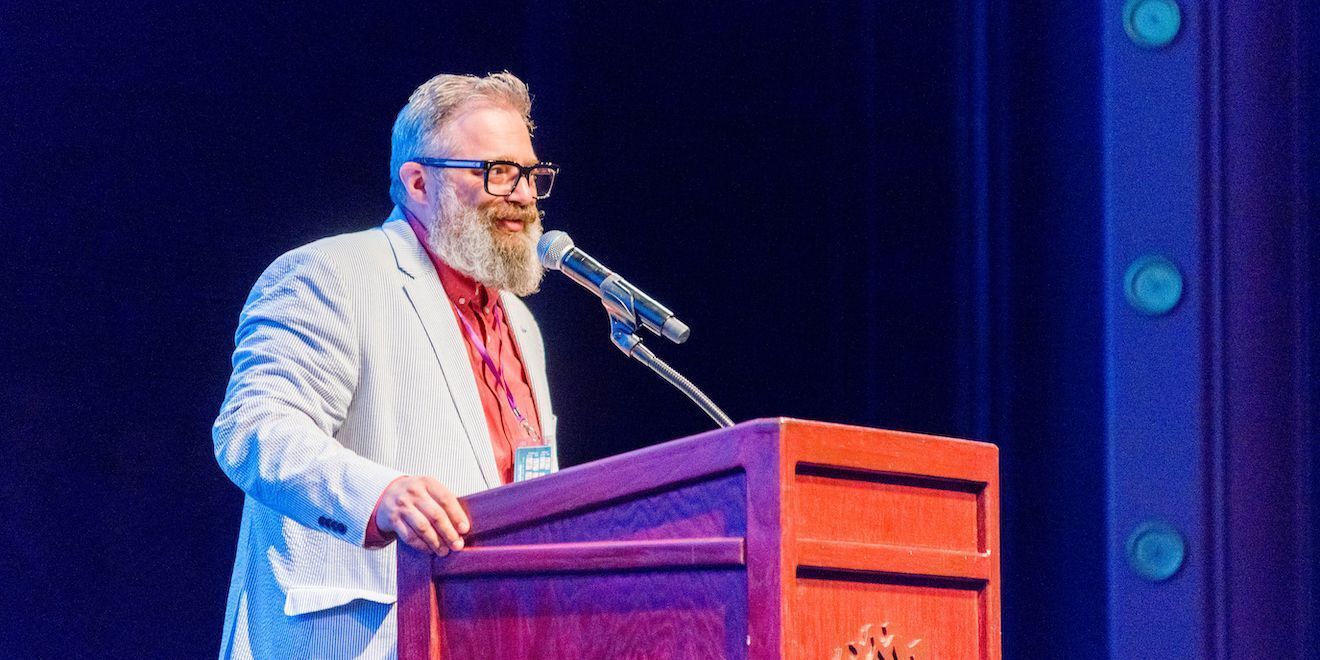 Salt Lake City, UT – Utah Film Center Board of Directors announced today the appointment of Patrick Hubley to Executive Director of the esteemed nonprofit film organization. Hubley has been the Programming Director for 11 years and founded the popular Tumbleweeds Film Festival for Kids which will celebrate its 9th anniversary in March of 2020. As the Programming Director for the nonprofit Utah Film Center, Hubley managed the organization’s year-round film programming and operations, the new Artist Foundry, and two annual film festivals Tumbleweeds Film Festival for Kids and the Damn These Heels LGBTQ Film Festival. Hubley has been instrumental in forming key partnerships that led to a new category for kids at the Sundance Film Festival and allowed Utah Film Center to acquire the assets of a production house that became the Artist Foundry.

Geralyn Dreyfous, Utah Film Center Founder and Board Chair, said, “Utah Film Center’s Board is thrilled to have Patrick Hubley take the helm as Executive Director. Patrick is a visionary in providing publicly accessible, dynamic, and thought-provoking programming for audiences from all walks of life. Patrick’s vision and entrepreneurial spirit helped turn Tumbleweeds into an internationally recognized film festival and launch Damn These Heels into one of the top 15 LGBTQ film festivals in the world. Patrick has been the catalyst behind two mergers, Artist Foundry and SHIFT, which are now core pillars of the Utah Film Center’s Artist Support and Education programs. Utah Film Center Board and staff are confident in Patrick Hubley’s leadership and look forward to a bright future for film in Utah.”

Patrick Hubley is a 20-year nonprofit leader, film curator, and film festival veteran. His career in film began in the press department at the Toronto International Film Festival where he spearheaded external communications for the illustrious international two-week event. His passion for film brought him to Utah where he led Sundance Institute’s year-round media relations efforts including overseeing the Sundance Film Festival Press Office and festival communication until 2007. Hubley has also worked with the CineVegas Film Festival and the Dubai International Film Festival. Hubley has a passion for international cinema and supporting artists in all phases of their work. That passion led him to Utah Film Center where he has overseen more than 20 film festivals, curated thousands of films, and hosted hundreds of filmmakers from all over the world.

More than 39,000 Utahns participated in Utah Film Center programs last year and Hubley aims to ensure that number increases through strategic planning, evaluation, and sustainable growth. Executive Director Patrick Hubley said his focus in the next six months will be “examining and evaluating Utah Film Center’s contribution to Utah’s cultural landscape to ensure we are providing the most engaging, challenging, and interesting programming into the future. Salt Lake City’s cinema literacy rivals large cities, and knowing that, we want to provide the most cutting edge resources for filmmakers, engage our schools in meaningful ways, and share innovative stories with our audiences.”

With this appointment, long-time staff member Mariah Mellus has also been promoted to External Relations Director, where she will be overseeing all the development and communications efforts of the Utah Film Center. Mellus has been with the Film Center for 11 years, having served in education, community outreach, membership, and marketing before becoming the Development Director for the organization two years ago.

Utah Film Center inspires and engages diverse audiences to initiate conversation and community building through curated film exhibition, educational programs, and artist support. We utilize the power of film and community-driven discussions to open hearts and broaden minds. Utah Film Center is a Salt Lake City based 501(c)(3) nonprofit that provides programming across the state. Connect with us on Facebook, Instagram, and Twitter. For more information visit utahfilmcenter.org.