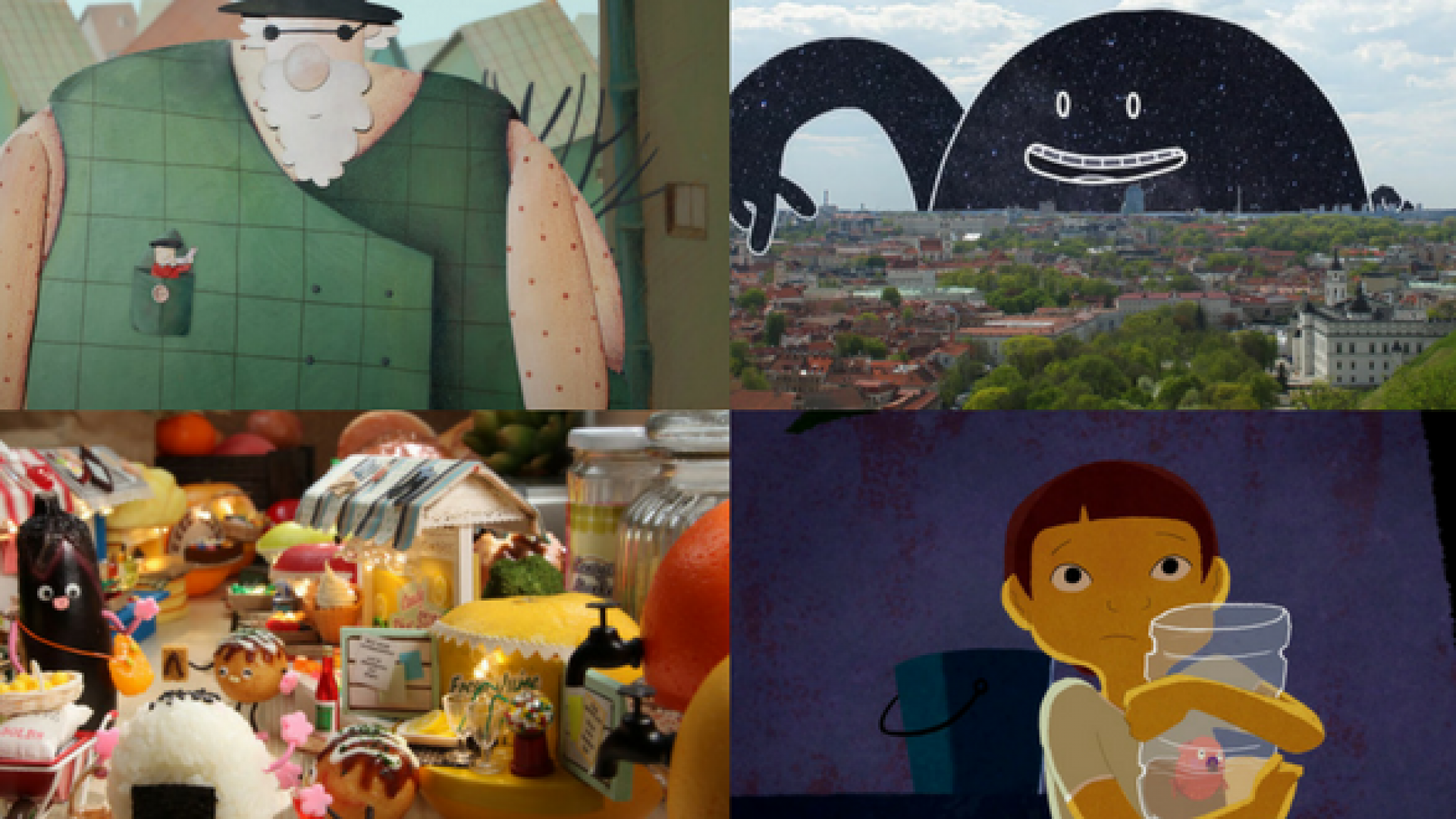 A kaleidoscopic showcase of 13 of the best short film and animation from around the world for ages 4 and up from the 2017 New York International Children’s Film Festival, including festival Audience Award winners “Tiger” and “Stone Soup.” All films either in English or without dialogue.

THE PITS
USA – dir. Mike Hayhurst
Live Action/Animation, 2016, 3 min
We know it’s not always easy being green, but it all works out in this charming quest for a perfect match

MR. NIGHT HAS A DAY OFF
Lithuania – dir. Ignas Meilunas
Live Action/Animation, 2016, 2 min
Why is the night changing the day? Well, when you don’t like something, you change it.

STONE SOUP
France/Belgium – dir. Clementine Robach
Animation, 2015, 7 min
Times are tough in one little town: first no food, now no electricity. Eventually, the transformative power of community nourishes all in more ways than one.

YOU LOOK SCARY
USA  – dir. Xiya Lan
Animation, 2016, 4 min
Sometimes we amplify our fears. Usually, they’re not so bad at all.

SPIDER WEB
Russia – dir. Natalia Chernysheva
Animation, 2016, 4 min
Anyone can get caught in a bind, but working together means weaving new webs of strength in one spider’s dilemma.

WATER PATH FOR A FISH
Spain/Colombia/France – dir. Mercedes Marro
Animation, 2016, 8 min
Oscar rescues a goldfish from the clutches of hungry cats, but with the drought, has trouble caring for it. When the faucets turn on, the challenge truly begins.

SPRING JAM
New Zealand – dir. Ned Wenlock
Animation, 2016, 6 min
Lone Stag lacks a certain something in the antlers department: the antlers. How will he get any birds to help him make music for the spring jam?

KONIGIRI KUN: SHOPPING
Japan – dir. Mari Miyazawa
Live Action/Animation, 2015, 5 min
Konigiri Kun, a curious rice ball with a penchant for shopping, goes out to market and is tempted all around in this hilarious nod to overconsumption.

CROCODILE
Germany – dir. Julia Ocker
Animation, 2016, 4 min
A relaxing evening on the couch turns into a noshing nuisance for one peckish croc.

A HOLE
Mexico – dir. Maribel Suarez
Animation, 2016, 5 min
A little girl longs for a playmate in the garden. Her efforts go unnoticed until they finally take root.

THE BIRDIE
Russia – dir. Yekaterina Filippova
Animation, 2015, 3 min
Once a birdie met a hippo. Teaming up makes everything easier.