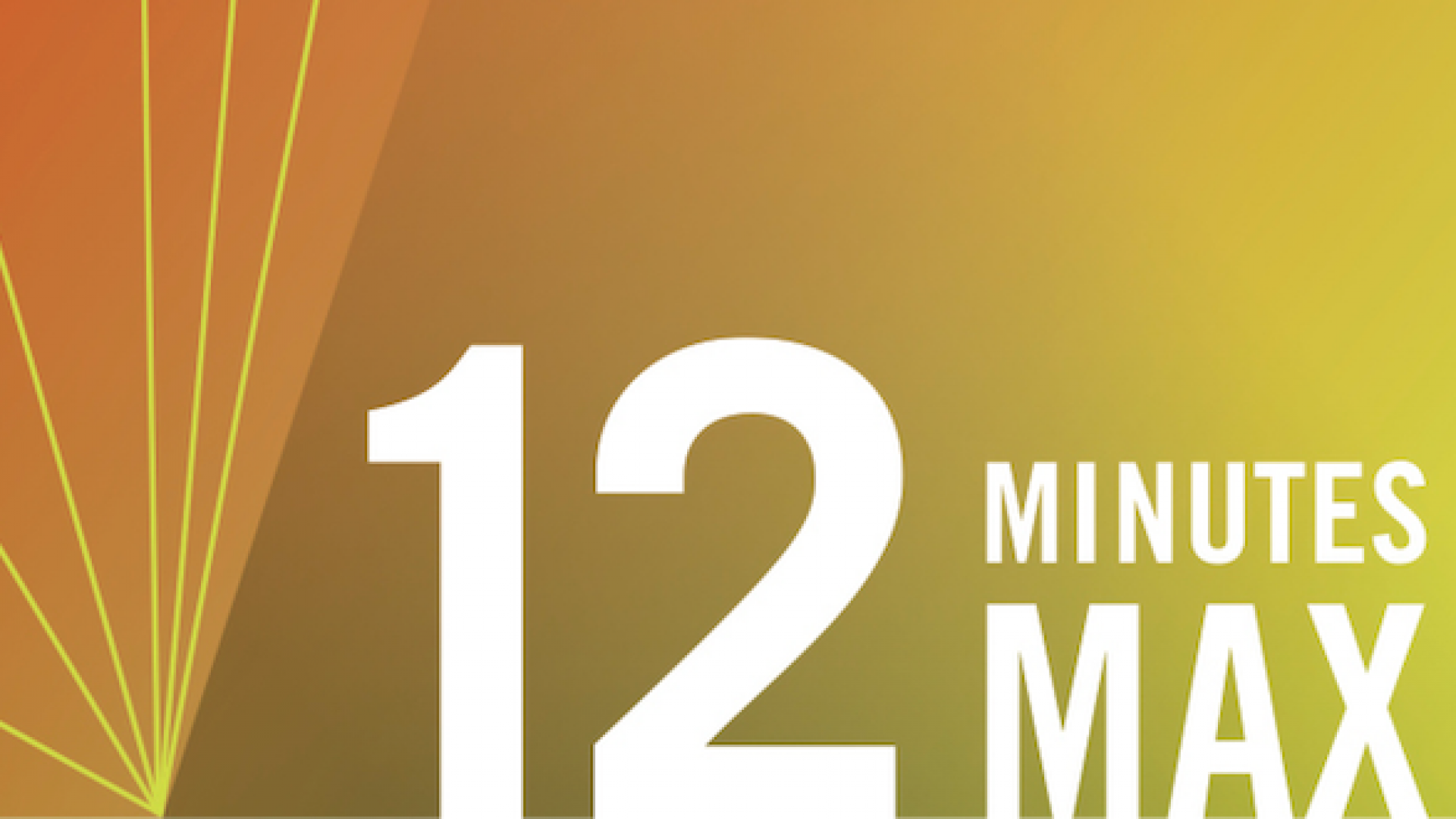 12 Minutes Max joins forces with the Utah Film Center’s Tumbleweeds Film Festival for kids. 12MM will be a free event as always, and will shift its focus this time to present pieces intended for children and adults. Please join us on Sunday March 15 at 2pm in the Main Library Auditorium.

***JUST ADDED: Local author and AF member Christian McKay Heidicker will read an excerpt from his book Scary Stories for Young Foxes for which he received a Newbery Honor. **

Vie Rabb and Jason Rabb will perform a set of tiny pieces of music from their project called Child Rabbit. Vie is a 7 year old violinist, composer, and Charlie Chaplin enthusiast. Jason is a “much much older” composer and percussionist who also plays guitar in the chamber/garage duo it foot, it ears. These pieces are a “pops” and daughter collaboration using violin and prepared guitar.

Film director and screenwriter Kohl Glass will screen his film Gruff. He had the idea for Gruff years ago as a film student at BYU, having just read Beckett’s Waiting for Godot and a number of fairy tales at the same time. “It dawned on me how the story of The Three Billy Goats Gruff could be told as a story of waiting, specifically waiting out of fear of something that may or may not actually be there.” Kohl’s sensibilities range from fairy tales to darker psychological films like his shorts The Promethean and Der Ostwind (Official Selection of the Sundance Film Festival), to slightly comedic action fantasies, like his first feature Orc Wars (a.k.a Dragonfyre). His second feature, You May Now Kill the Bride, premiered in 2016. The Generations Project episode Natalie, which Kohl wrote, won an Emmy.

Choreographer Ashley Anderson will present her work The Windy Gap, originally workshopped at Hollins University and presented at various venues locally and nationally. It makes use of a mysterious set of slides Ashley found at a yard sale in Virginia. For the first time, the work will be presented as an interactive version, performed by Samuel Hanson. Ashley Anderson was a recipient of the 2014 Mayor’s Artist Award in the Performing Arts. Her choreography has been presented locally and nationally at many venues. She is currently adjunct faculty at the University of Utah, Utah Valley University and Salt Lake Community College, and has taught at several national institutions. She directs loveDANCEmore community dance events, shared in Utah’s visual art magazine, 15 BYTES, where she serves as the dance editor. Samuel Hanson’s work has been seen at the Reckless Theater, at Danspace through Movement Research, and in Utah at the Rose and the Masonic Temple. He is the editor of learning to loveDANCEmore.

This program is modeled after 12 Minutes Max, a performance laboratory originated by On the Boards in Seattle.

Presnted as part of the 2020 Tumbleweeds Film Festival.
No Tickets Required. Seats available on a first-come-first-serve basis.