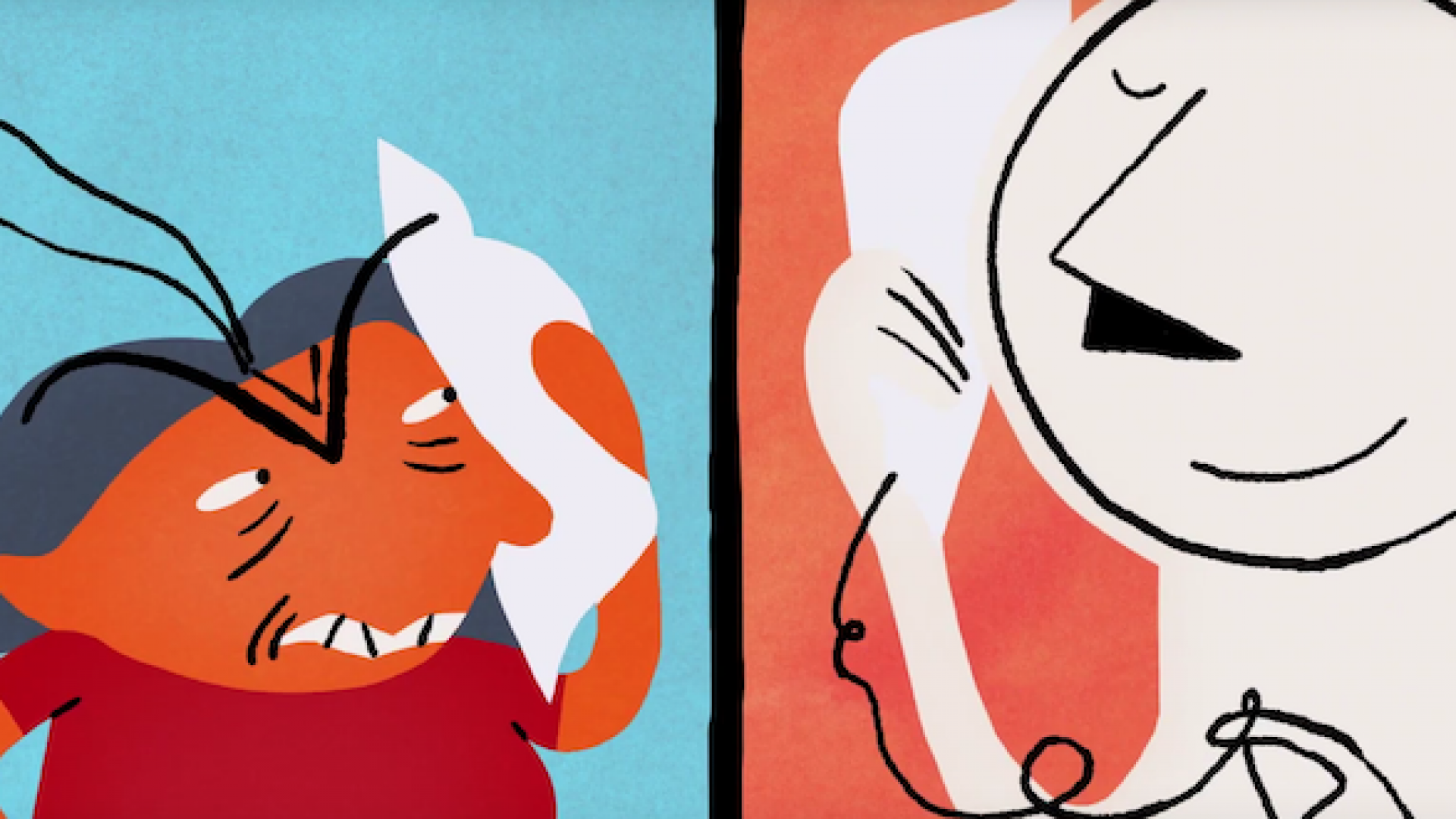 The Cycling Wind
Directed by Nazanin Sobhani Sarbandi
6 mins | Iran
A young wind steals a bicycle. It can blow around very fast by using the bicycle, wherever it wishes. Which makes the other winds impressed and envious.

Royal Madness
Directed by Eunbyeol Ko, Milàn Salmona, Mriganka Bhuyan, Romain Couderette, Sean Lewis, Wenkai Wang
7 mins | France
The king has killed the last of the monsters, ending the era of terror and unfortunately the era of heroes, also. So the princess takes it upon herself to rekindle her father’s heroic demeanor.

Forglemmegei
Directed by Katarina Lundquist
7 mins | Denmark
When a lifelong friend departs, a stubborn old man has to face his inner fears in order to restore peace to his mind.

Athleticus 2: Luge
Directed by Nicolas Deveaux
2 mins | France
A crew of puffins proctor the luge competition at the games until a greedy seal tries to steal their lunch.

Maïja
Directed by Arthur Nollet, Maxime Faraud, Mégane Hirth, Emma Versini, Julien Chen, Pauline Charpentier
7 mins | France
In the Nordic Islands, Maïja, a litlle girl, waits for the return of her father, away at sea. But the weather is worsening and her father is not coming back.

Killing Time
Directed by Camille Guillot, Fanny Hagdahl Sörebo, Aleksandra Krechman, Sarah Naciri, Morgane Ravelonary, Valentine Zhang
5 mins | France
Loukoum can’t stand the passage of Time anymore. She decides to go face it in person and free herself from its control. But can you really get rid of Time itself?

Goldie
Directed by Emily Brundige
5 mins | USA
A giant girl (Charlyne Yi) feels out of scale in her colorful little town, only to realize she takes up just the right about of space.

Maestro
Directed by the Illogic Collective
2 mins | France
Deep into a forest, a gathering of wild animals start a nocturnal opera, conducted by a squirrel.

Just Married
Directed by Aliénor Bouteloup de Vilers, Marianna Crosetti, Claire Ducluzeau, Donghee Kim, Daphné Peltier, Minh-Thu Pham
6 mins | France
A young girl who is about to get married is kidnapped by her teddybear in front of the church. Together, they will live a dreamy adventure.

Grendel
Directed by Kalee McCollaum
9 mins | USA
Grendel is a kind and gentle monster who wants to befriend his Viking neighbors. They have other ideas.