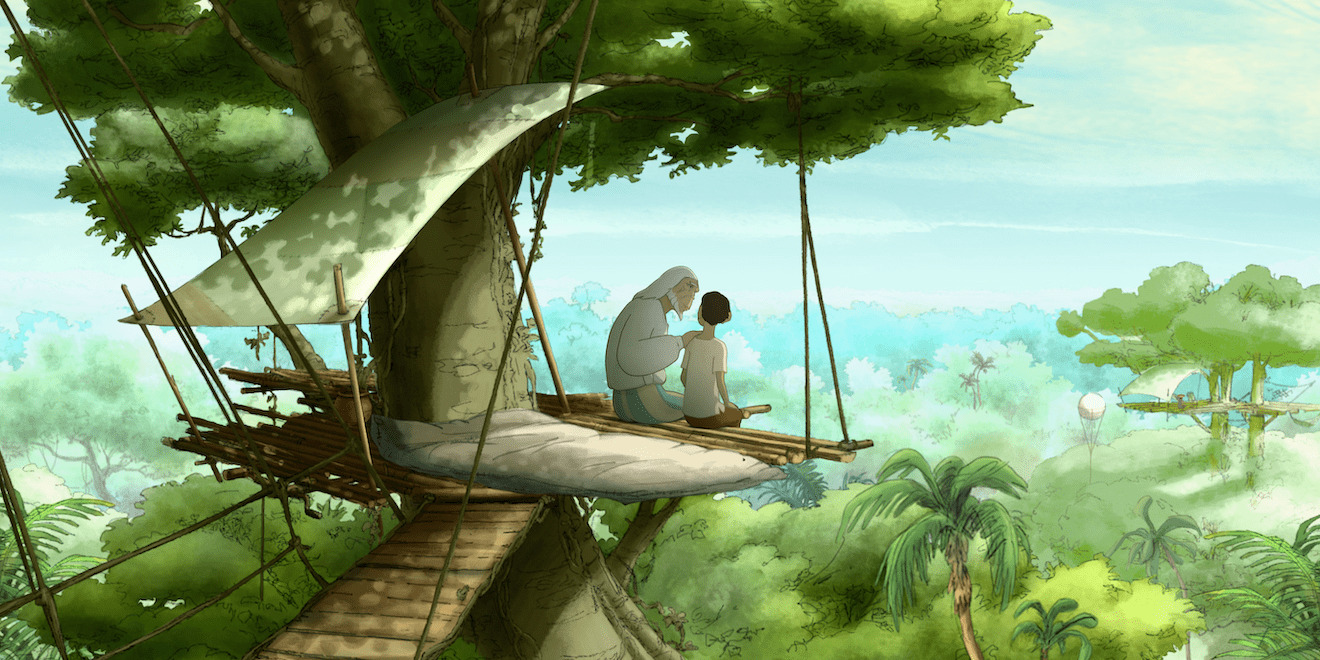 An old monkey Prince runs aground on an unknown shore. Injured and lost, he is found by 12 year-old Tom, and taken in by his parents, a couple of scientists who were banished from their community because they believe in the existence of other monkey civilisations. With Tom’s help, the Prince discovers a society he knows nothing about, while Tom’s parents decide to use him to prove that their theory was indeed correct.