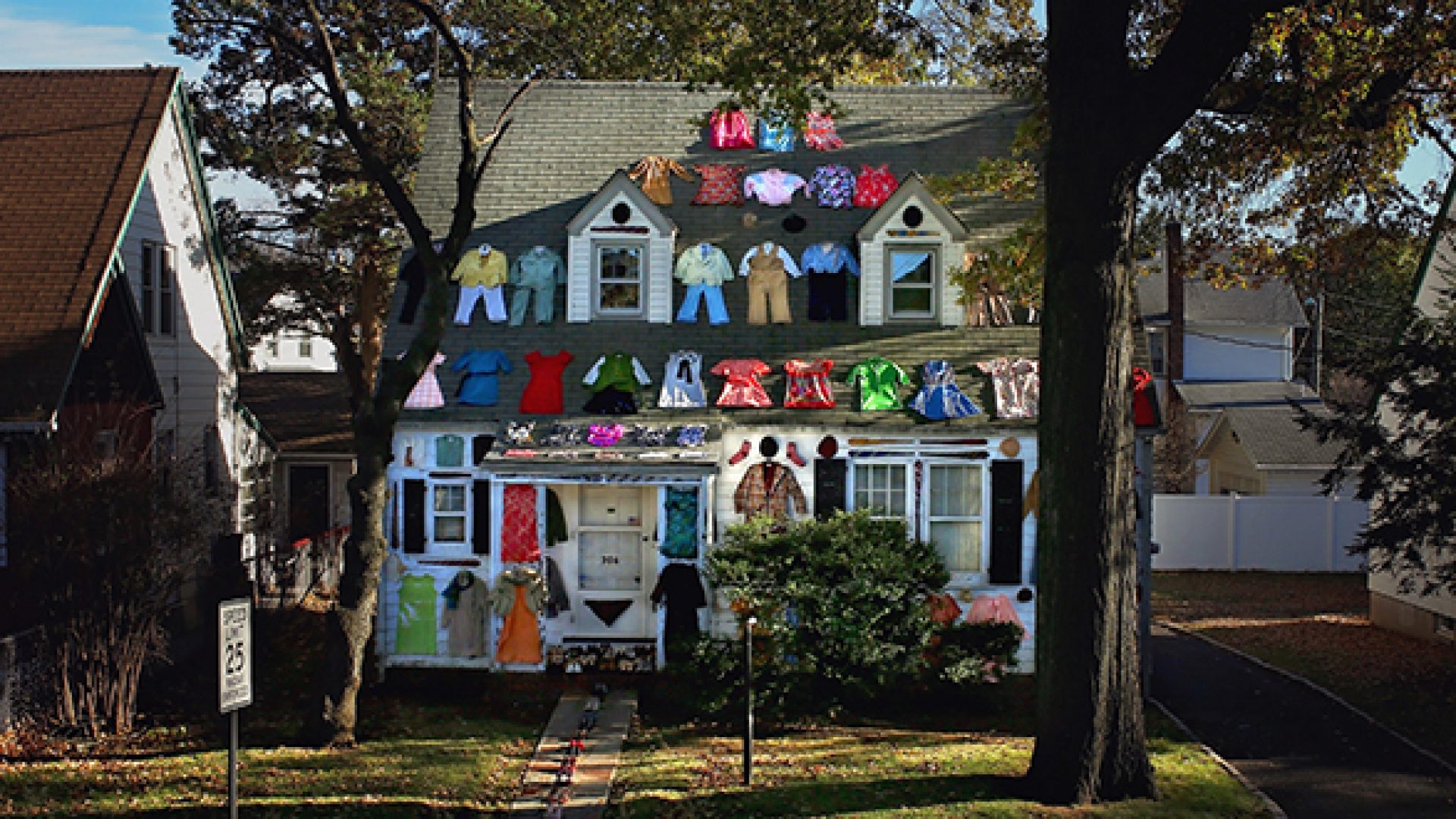 At 11:59 PM on June 4th, 2011 Annette Ontell passed away in a hospital in Newark, New Jersey. Her family, who had seen her just that afternoon, rushed from NYC to find her dead body still warm.

Annette lived 71 years in a modest house at 306 Hollywood Ave. We, her grandchildren, inherit the house and its thousands of objects. Overwhelmed, our mother tells us: “Sell the house, throw everything out.”

After someone dies, their personal objects take on their personhood. Everyone who has lost a loved one says the same thing. It is almost mystical – and kind of ridiculous. We used to have a grandmother. Now we have her house full of junk.

We have to make a decision. What are we going to do with the mountains of stuff?

Against all rational thinking, we decide to keep the house and embark on an epic excavation – a journey to discover what life remains in the objects left behind.

The story unfolds in a cinematic language of documentary and fiction, with myth and fairy tale as inspiration. Using a technique called “normalized magic,” we explore this world where the day-to-day collapses with the wondrous. The house, once familiar, transforms into a magical-realist landscape: the living room becomes a forest, the basement an archeological site, the house a scale model, and a train travels through the kitchen.

Ten years of interviews with Annette, ages 83-93, provide a remarkably honest and humorous reflection on life from an age rarely represented. Inspired by the work of Agnes Varda and Wes Anderson, Annette’s stories are woven together with stylized documentation of the house and its objects.

Is there life in the objects we see before us? We meet experts, introduced like characters in a fairy tale, who give us clues. A funeral director speaks of spirits; a Roman archaeologist juxtaposes the present day with ancient civilizations; a fashion conservator performs an “autopsy” on Annette’s dresses; the director of the Rockefeller Archive describes how history is written; physicist Alan Lightman delves into the nature of memory.

Then the incredible discovery of a cassette from 1972 takes us deeper down the rabbit hole. Actors lip-synch to our family’s intimate conversations while staged in the actual locations and their original clothes.

306 Hollywood transforms the dusty fragments of an unassuming life into an epic metaphor for the nature of memory, time, and history.

The house is finally empty. From the street we look back. The house is covered in the clothing of the family that once lived there. Gently waving in the wind, these dresses and shirts seem to be alive.

Presented in partnership with: