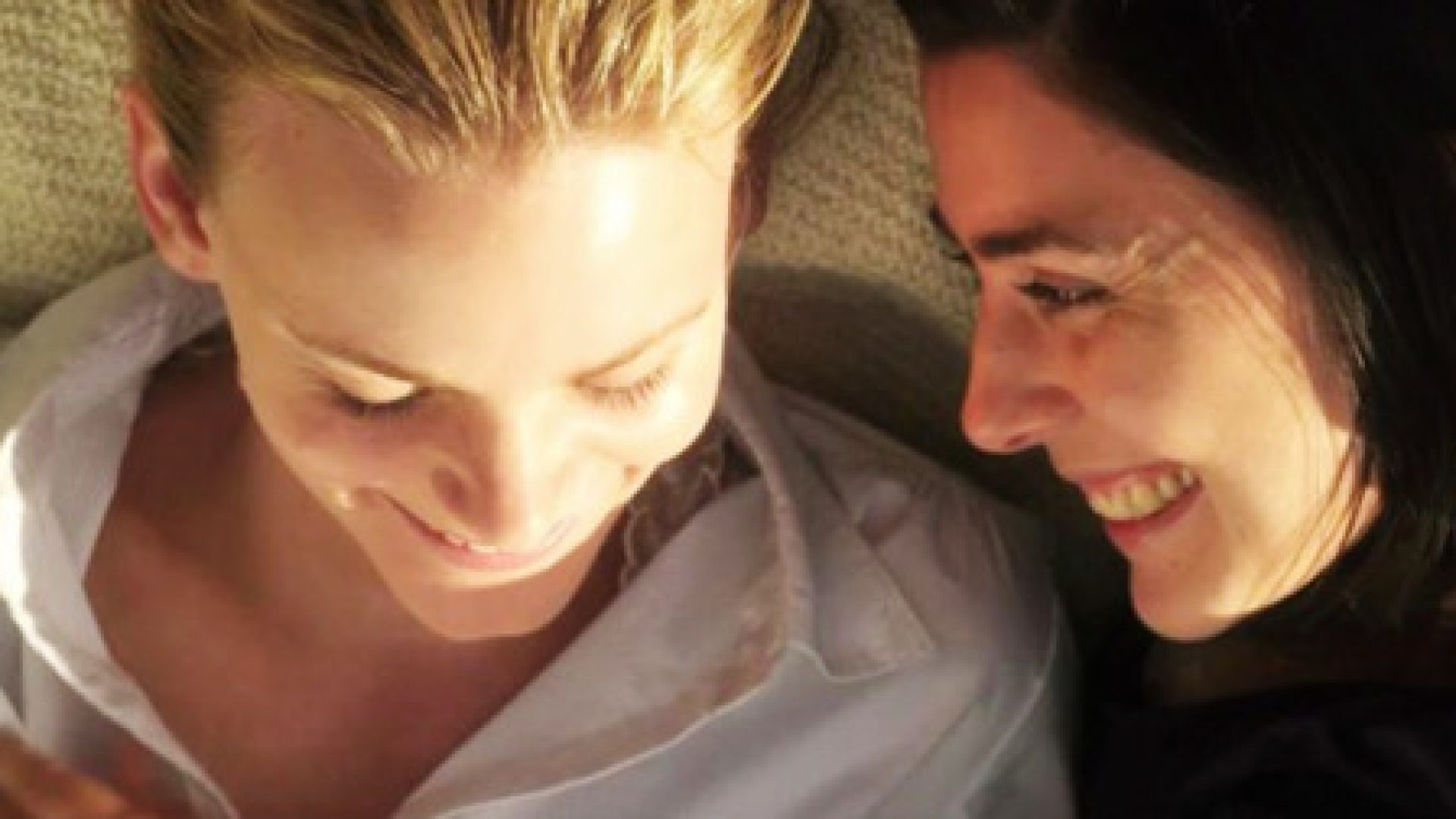 Mia and Frida, meet each other for the first time at their parents’ engagement party. Mia’s father, is about to get married to Frida’s mother, Elizabeth, which will make Mia and Frida stepsisters. Mia has not visited her father in years and arrives with her boyfriend, with whom she is about to marry. As Mia and Frida get to know one another, strong emotions begin to stir between them. Their relationship will turn everything upside down for everyone close to them with dramatic consequences.

“There’s no doubt about it: Kiss Me secured itself a place in the feel-good lesbian movie canon forever in 2012. The love story was sweet and sexy and oh so organic. No death, no stalkers, no teacher-student relationships, no hallucinations, no cheating with dudes, no accidental adultery pregnancies. Just beautifully filmed lesbian love. We’re still swooning just thinking about it.” —AfterEllen.com

The stunning Ruth Vega Fernandez stars as Mia, a thirty-something well-to-do architect who finds her life turned upside down when she unexpectedly falls in love with the free-spirited Frida (beautiful blond Liv Mjones).

The two women meet at an engagement party in the country — Frida’s mother is about to marry Mia’s father — and discover an instant attraction that immediately calls into question Mia’s engagement to her longtime boyfriend Tim. Notable for its sumptuous and sensual love scenes, Kiss Me deftly portrays the ecstasy of true undeniable lesbian love entwined with the angst of coming out.

Beautifully written and directed, and featuring exceptional performances from a stellar cast, this deeply romantic and passionate drama has earned universal acclaim from fans and critics around the world and has already established itself as one of the most beloved lesbian films of the decade.

(Originally titled Kyss Mig in Sweden, KISS ME has shown as With Every Heartbeatin some US festivals)

“One of your new favorite movies… tremendous, sensual, stunning and simply sexy!” — AfterEllen.com

“[It] will make you laugh. It will make you cry, and it will warm your heart. Get ready to have a new favorite lesbian movie.” – Emelina Minero, Curve Magazine

“The casting is spot on, the chemistry between the female leads is electric (and for sure they are both ridiculously good looking!), the music uplifting, and it’s funny and heartbreaking enough to make this one of your new favorite movies. I should highlight the sex scenes — tremendous, sensual, stunning and simply sexy! [Kiss Me] is as honest as it is beautiful. A real tour de lesbian force!” — AfterEllen.com