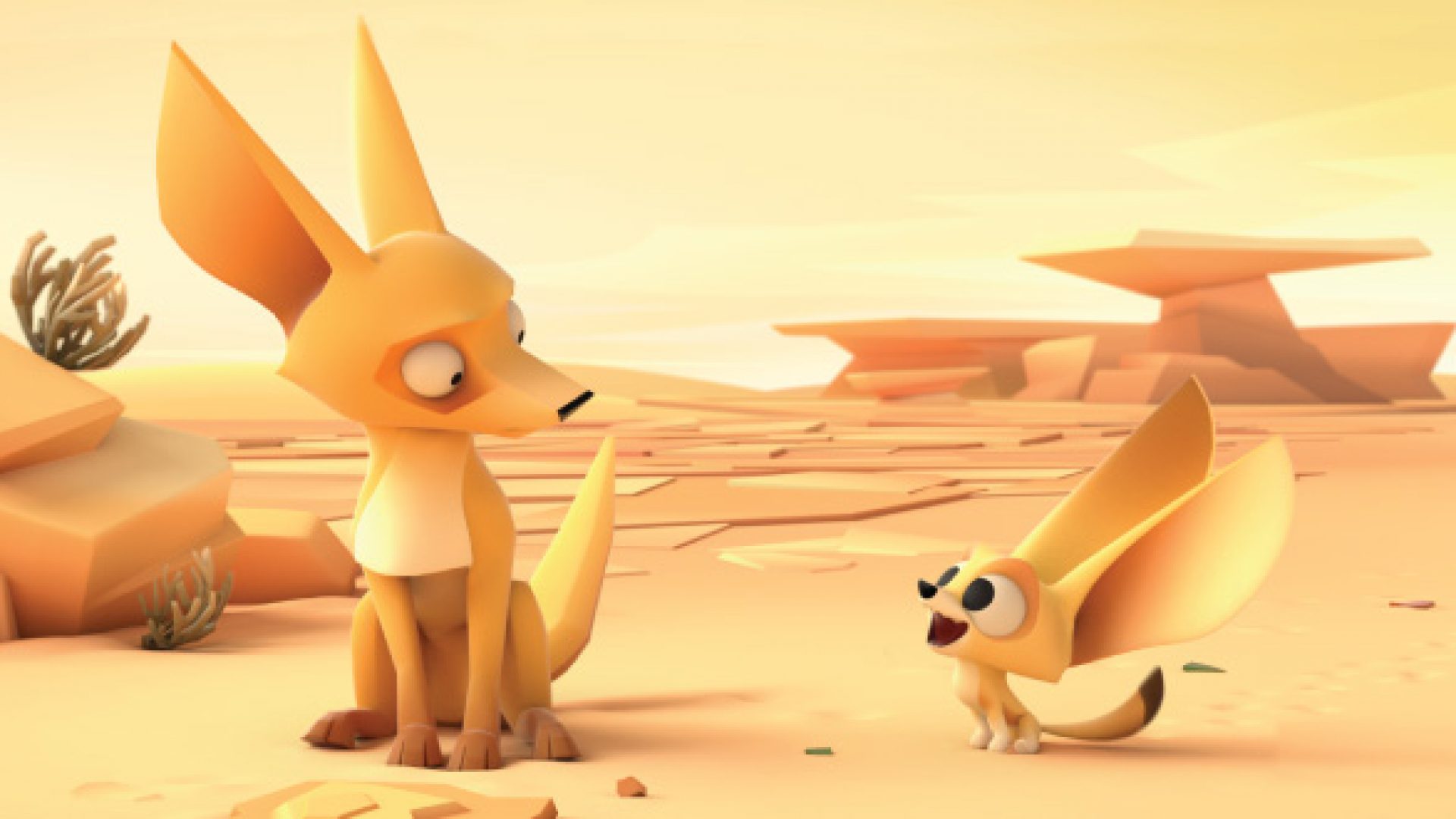 DAM! The Story of Kit the Beaver
12 min | 2017 | Canada | No dialogue
Directed by Kjell Boersma
This short, commissioned by the Toronto Symphony Orchestra and funded by the Government of Canada, in celebration of Canada’s 150th anniversary, follows Kit the beaver as she tries to help her family build their dam. She feels like she isn’t doing enough, but soon learns that everyone contributes in different ways.

TWO TRAMS (ДВА ТРАМВАЯ)
10 min | 2016 | Russia | No dialogue
Directed by Svetlana Andrianova
In one tram depot lived two trams – mother and son – who happily roam the city until time catches up with them. A touching story story about childhood, growing up, maternal love, as well as the responsibility of adult children for elderly parents who need care and attention. The film is based on a poem of the same name by Osip Mandelstam.

ROUFF
6 min | 2017 | Germany | No dialogue
Directed by Markus Eschrich & Johannes Lumer
Three-legged dog sketch Rouff is sad and lonely. To escape his loneliness, he folds a new friend, Pete, from the paper he is drawn on.

THE SLED
4 min | 2016 | Russia | No dialogue
Directed by Olesya Shchukina
An energetic little squirrel is in for the ride of his life when he makes an exciting discovery on a winter’s day.

DESERT CRITTERS
4 min | 2016 | USA | No dialogue
Directed by Li Wen Toh
A Desert Fox finds his everyday life ruined when he gets tailed by a younger puppy that just wants to be his friend!

JAZZOO
9 min | 2016 | Sweden | No Dialogue
Directed by Adam Marko-Nord
A flying hippo on a quest to find the nearest pond. A fish behind the wheel, fleeing from a shark. A little koala who wants to hop like the kangaroos, and a raucous mob of elephants throwing a party – which drives the monkeys up the wall. There’s never a dull moment in these four colourfully animated episodes from the animal kingdom, enlivened by the groovy jazz sounds of award-winning Swedish quintet Oddjob.

SABAKU
3 min | 2016 | Netherlands | No dialogue
Directed by Marlies van der Wel
Sabaku and his buffalo buddy don’t need big words to understand one another. Alas when his good-natured companion keels over in the savannah sun one day, Sabaku must find a new friend – after all, who wants to travel through this world all alone? In a simple yet poetic way, as in Zeezucht (Generation 2016), Marlies van der Wel tells the colourful tale of an unusual bird in search of a friend that might be able to understand him for real.

NEIGHBORWOOD
4 min | 2016 | German | No dialogue
An ambitious owl physicist is determined to follow in the footsteps of his renowned scientific ancestors by solving a tough equation. But the owl’s endeavor gets disrupted when a woodpecker moves into the neighborhood

PERCHED
10 min | 2016 | UK | No dialogue
Directed by Liam Harris
Hamish Fint, a crotchety old man used to a life of seclusion inside his submarine balanced precariously atop a mountain, struggles to maintain equilibrium when an unwelcome visiting seagull rocks his world.

THE CAGE
La Cage
7 min | 2016 | France | No dialogue
Directed by Loïc Bruyère
A caged bear who can’t sing befriends a little bird who can’t fly but who can sing beautifully, and together they overcome their ineptitude.

THE HUNT
La Chasse
Directed by Alexii Alekseev
6 min | 2016 | France | No dialogue
A short-sighted hunter is disappointed to learn he went hunting with a rabbit instead of his dog.