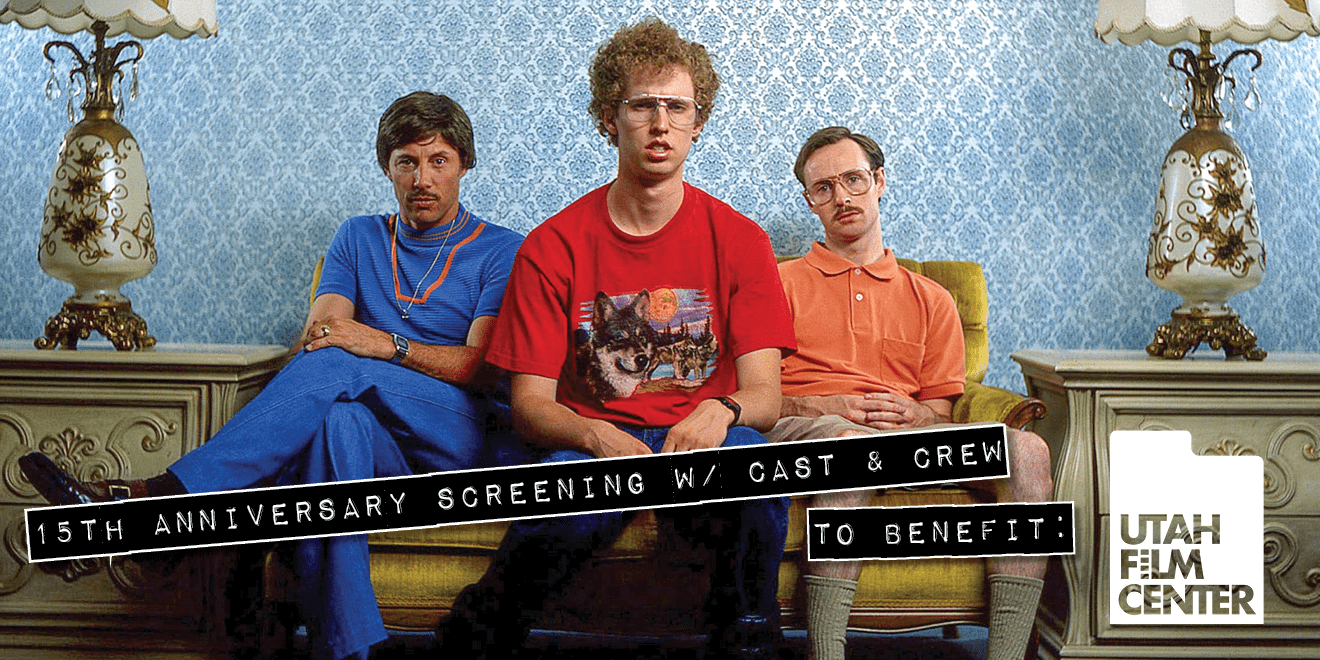 This is a fundraiser for the nonprofit Utah Film Center and your purchase is tax-deductible to the extent allowed by law.
——–

– Curt R. Jensen, Art Director for Napoleon Dynamite, will be selling his homewoven handicrafts (a must-have for this season’s fashion). In addition, he’ll be bringing Deb’s original boondoggle case from the film!
– San Diablo Churros will be selling churros, including special Napoleon-inspired churro tots drizzled in dulce de leche, Nutella or sweet cream!

We will also be selling autographed posters, and Utah Film Center merchandise.

This unique evening offers the opportunity for a VIP photo op with the cast prior to the film screening.

Memorabilia from the classic film will be exhibited on site.

Proceeds from this event support the nonprofit Utah Film Center.