« Back to Events
This event has passed.

Directed by Stephen Maing
Not Rated | 86 min. | 2012 | U.S.A.
Screens in Mandarin with English subtitles
.
**Director Stephen Maing (bio) Due to unforeseen circumstance, Stephen cannot be in-person for the screening. Stephen has been gracious enough to do a Q+A over Skype.

Series sponsored by the Marriner S. Eccles Foundation. Additional funding provided by eBay, the Salt Lake City Arts Council, the Utah Division of Arts & Museums and the National Endowment for the Arts 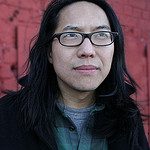 Stephen Maing is a New York-based filmmaker and artist. He is a fellow of the Sundance Institute’s Documentary Film Program and a grant recipient of the MacArthur Foundation, New York State Council on the Arts, and the Independent Television Service. His filmmaking merges an interest in underrepresented individuals and communities, and the evolving considerations of identity, visual language and narrative structure. He co-produced and edited the award-winning documentary Lioness, which had its broadcast premiere on PBS’s Independent Lens and directed the narrative film Little Hearts which won a Best Short Film audience award at the Slamdance Film Festival. His recent film High Tech, Low Life received Best Documentary awards at the Independent Film Festival of Boston and the Little Rock Film Festival, and Best Cinematography at the Woods Hole Film Festival.