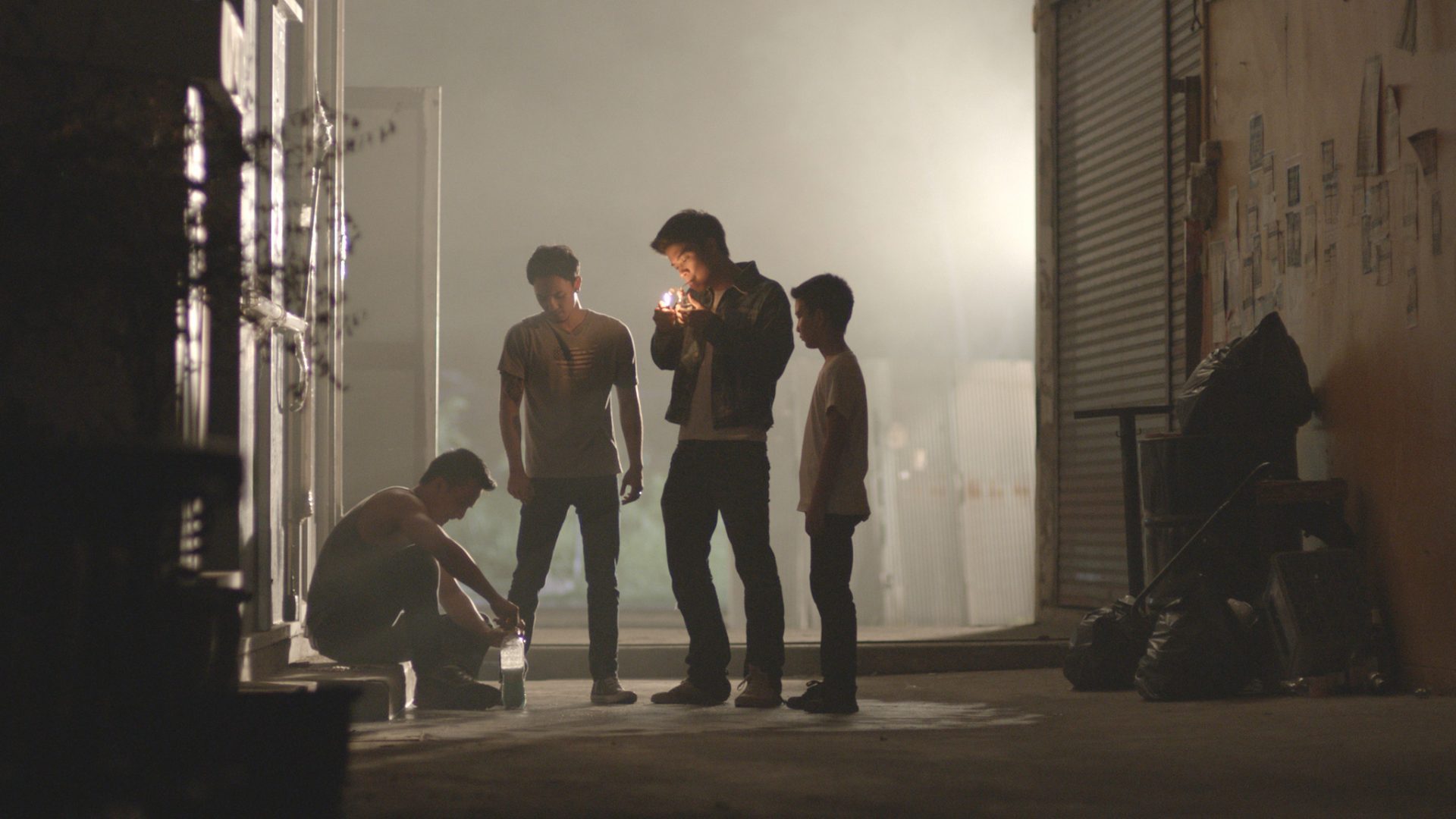 HOW TO WIN AT CHECKERS
This event has passed.

n Thailand, all males who are turning 21 must participate in the annual military draft lottery. Drawing a black card grants exemption, while drawing a red one results in two years of military service. Korean American director Josh Kim uses the lottery as the symbolic center for this lyrical coming-of-age tale that explores themes of sexuality and identity and examines problems stemming from poverty and social structure.

On the morning of his draft lottery, Oat reflects back on his childhood and the events leading up to his older brother, Ek’s, lottery day when Oat was an 11-year-old boy growing up on the streets of Bangkok. The orphaned brothers live with their aunt and cousin in an impoverished neighborhood, and Ek works at a local dive bar.

Until Ek’s draft day, life seemed pretty stable, but with potential military service looming, things begin to take a darker turn. The threat of losing Ek pushes Oat to his limits as he tries to find a way to keep his brother from being selected. Eventually he crosses paths with a local gangster who has the power to influence the draft for the right price. While Oat and his family are struggling to keep Ek from being conscripted, Ek’s boyfriend, Jai, who comes from a wealthy, middle-class family, has the means to keep from being selected, driving a wedge between the two lovers.

Kim’s debut feature film incorporates a same-sex relationship and transgender identity as strands of the narrative, rather than its focus, and depicts the characters as part of the country’s social fabric, rather than outside the norm. This engaging narrative is punctuated by wonderfully hazy cinematography that creates a dreamlike mood throughout the film without pulling any punches when portraying the darker side of life in Thailand.