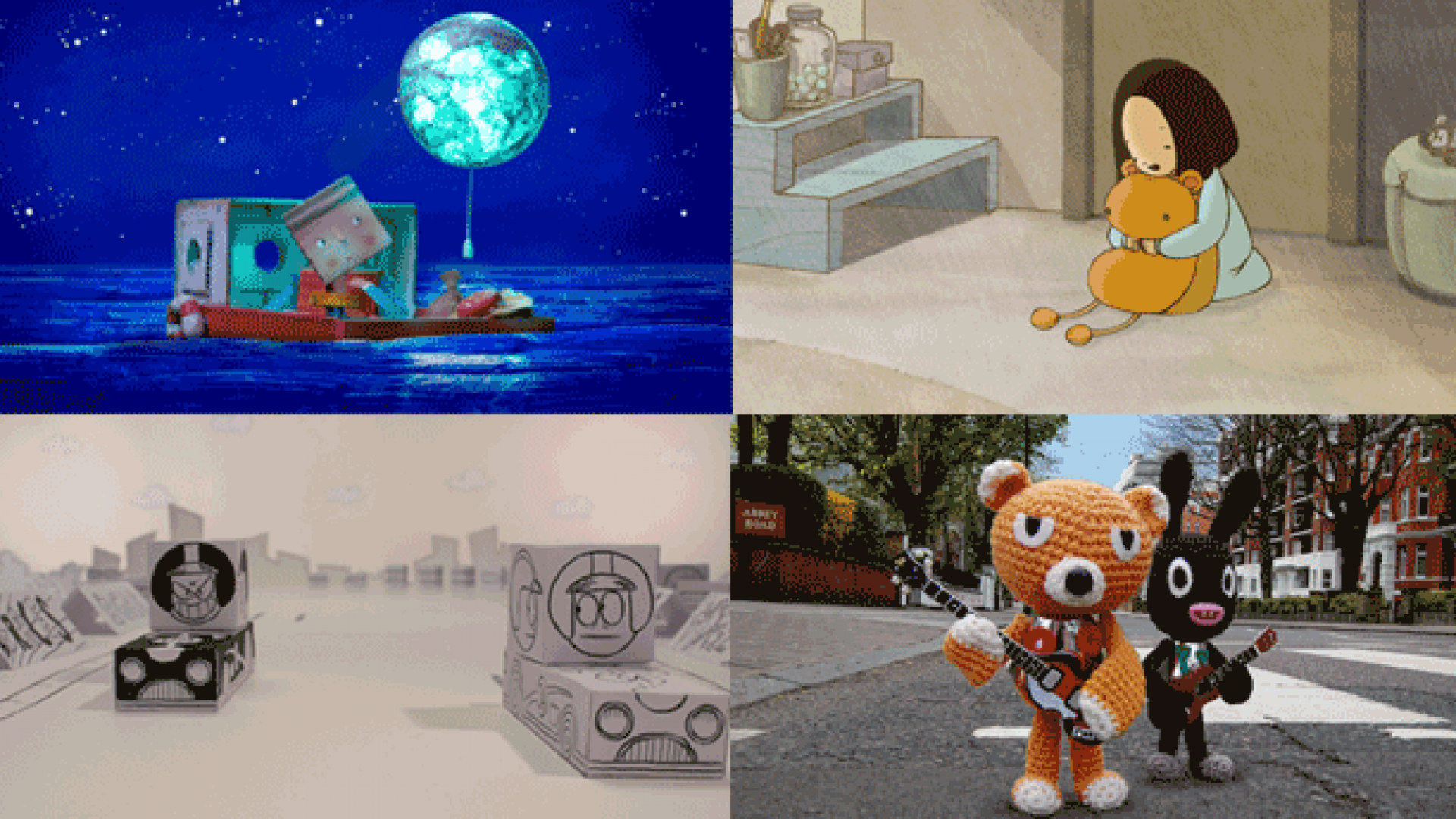 Recommended for ages 4 and up | 60 min. | Various Countries

All films in English or without dialogue

Enjoy a colorful collection of short films from around the world, hand-picked as audience and jury favorites from the 2012 New York Int’l Children’s Film Festival. This collection is suited for our youngest audiences, ages 4 to 8.

B/W Races
Italy
Animtion, Jacopo Martinoni, 2010, 2.5 min
A quirky, black and white paper cut-out animation about a car race – in which a rogue black driver who runs others off the track gets his comeuppance. Home-made sound-effects add to the lo-fi fun. Vroooom.

Behind
Canada
Animation, Ga Young Back, 2011, 3 min
After a trying and scary day, a little girl feels all alone – until she realizes that her best friend has been with her and taking care of her the whole time.

Diversity
USA
Animation, Anthony Dusko, 2010, 1 min
This instructive cartoon teaches important lessons of life, like how to do the happy dance.

Ernesto
UK
Animation, Corinne Ladeinde, 2011, 7 min
Seven-year-old Ernesto feels left out when he realizes he’s the only kid in school who hasn’t lost any baby teeth. Ernesto resorts to drastic measures to get rid of them; his teeth however, have other plans…

The Gruffalo’s Child
UK
Animation, Johannes Weiland/Uwe Heidschotter, 2011, 26 min
One wild and windy night, the Gruffalo’s child ignores her father’s warning and tiptoes out into the snow in search of the Big Bad Mouse. This follow-up to the Oscar-nominated original is adapted from the enormously popular Gruffalo picture books by British author Julia Donaldson.

Gulp
UK
Animation, Sumo Science, 2011, 2 min
Aardman Animations and Sumo Science follow up last year’s wonderful diminutive Dot (which set the world record for smallest animated character) by notching it up a few orders of magnitude. Shot on an expansive seaside location, they set a new record for the world’s largest stop motion set, in this story of a fisherman who gets swallowed by a whale.

Keenan at Sea
USA
Animation, David Cowles/Jeremy Galante, 2010, 2 min
This adorable, hummable tune from NY acoustic pop group The Girls is the theme song for the 2012 festival! “A salty sea and a boat for three as we sail past the coral reef… we wave goodbye to the sandy beach far away… la la la la!”

Metro
USA
Animation, Jake Wyatt, 2011, 5 min
A young girl chases a mysterious fox through a secret door and into a subterranean wonderland to retrieve her stolen train ticket.

Who is Not Sleeping?
Sweden
Animation, Jessica Lauren, 2010, 4 min
Rabbit is sleeping over at Teddy Pig’s house. It’s going to be lots of fun! They are playing and drinking hot chocolate, but when the lights go out something doesn’t feel quite right.