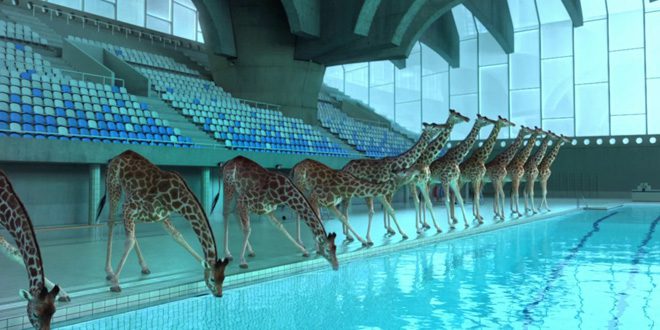 KID FLIX MIX: Best of NYICFF
This event has passed.

Pik Pik Pik
Directed by Dmitry Vysotsky
3 min | 2014 | Russia
The woodpecker rattles the tree on the hunt for ants. But, alas, someone grabs hold of the tree, and the ill-matched creatures form an unbeatable team.

Zebra
Directed by Julia Ocker
2 min | 2013 | Germany
One day the zebra ran into the tree.

Cookie-Tin Banjo
Directed by Peter Baynton
3 min | 2014 | USA/UK
In this storybook folktale, a handcrafted guitar is passed down to a young boy from his father and becomes the gift of a lifetime.

Larisa Can Fly
Directed by Elizaveta Manokhina and Polina Manokhina
6 min | 2014 | Russia
A poetic tale of two girls and their larger-than-life granny, who turns every day into an imaginative adventure in this beautiful, painterly animation.

Minuscule: The Private Lives of Insects
Directed by Hélène Giraud and Thomas Szabo
5 min | 2014 | France
A common bathroom becomes the setting for an all-terrain, Looney Toons–inspired chase between a fly and a spider.

Elephant and the Bicycle
Directed by Olesya Shchukina
9 min | 2014 | France/Belgium
An elephant lives in a town among people and works as a street cleaner. One day he sees a big billboard advertising a bicycle. It seems the perfect size for him!