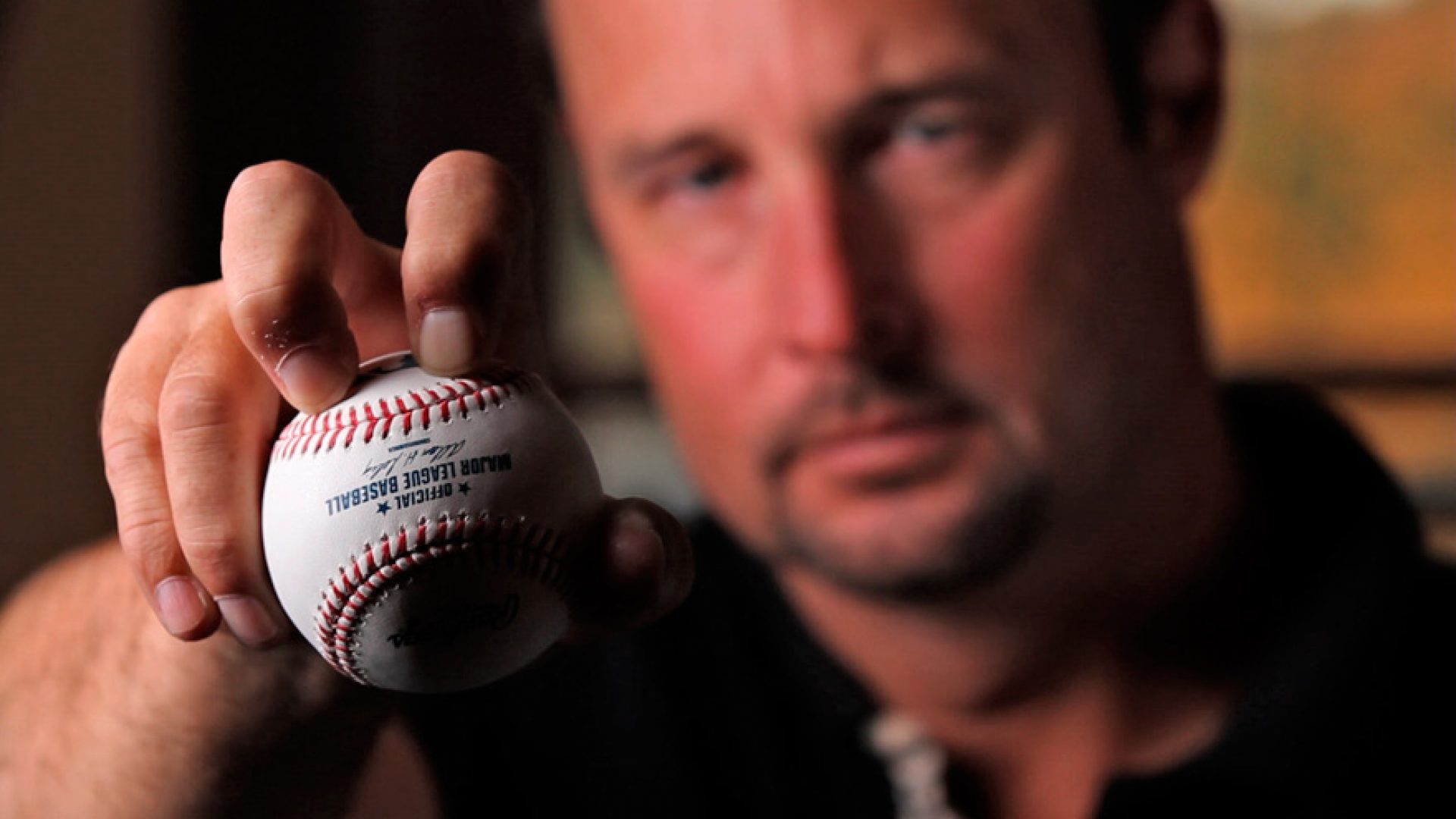 KNUCKLEBALL! is the story of a few good men, a handful of pitchers in the entire history of baseball forced to resort to the lowest rung on the credibility ladder in their sport: throwing a ball so slow and unpredictable that no one wants anything to do with it.

The film follows the Major League’s only knuckleballers in 2011, Tim Wakefield and R.A. Dickey, as they pursue a mercurial art form in a world that values speed, accuracy, and numerical accountability.

Red Sox pitcher Wakefield is the 17-year veteran and fan favorite weeks away from turning 45 (the oldest player in the game) and seven victories away from the remarkable and deeply personal milestone of 200 career wins. Dickey is the charismatic and articulate 34 year-old neophyte trying to fight his way out of the minor league system with the New York Mets.

With extraordinary access from the players and Major League Baseball, the film follows their personal quests with behind-the-scenes moments at the ballpark, on the road, and at home with family.

Our central knuckleballers are buoyed, inspired and cajoled by the Greek chorus of past pliers of the knuckleball trade; their only support system and mentors in their profession. Featured former knuckleballers include all the living greats: Hall of Famer Phil Niekro, Charlie Hough, Wilbur Wood, Jim Bouton and Tom Candiotti.

Rich with footage from deep within the Major League Baseball archive, we get a glimpse of the resonance of baseball through a single pitch. KNUCKLEBALL! shines a light on the matchless journey shared by a small brotherhood of men, and the undervalued pursuits of honor, craftsmanship, and survival.