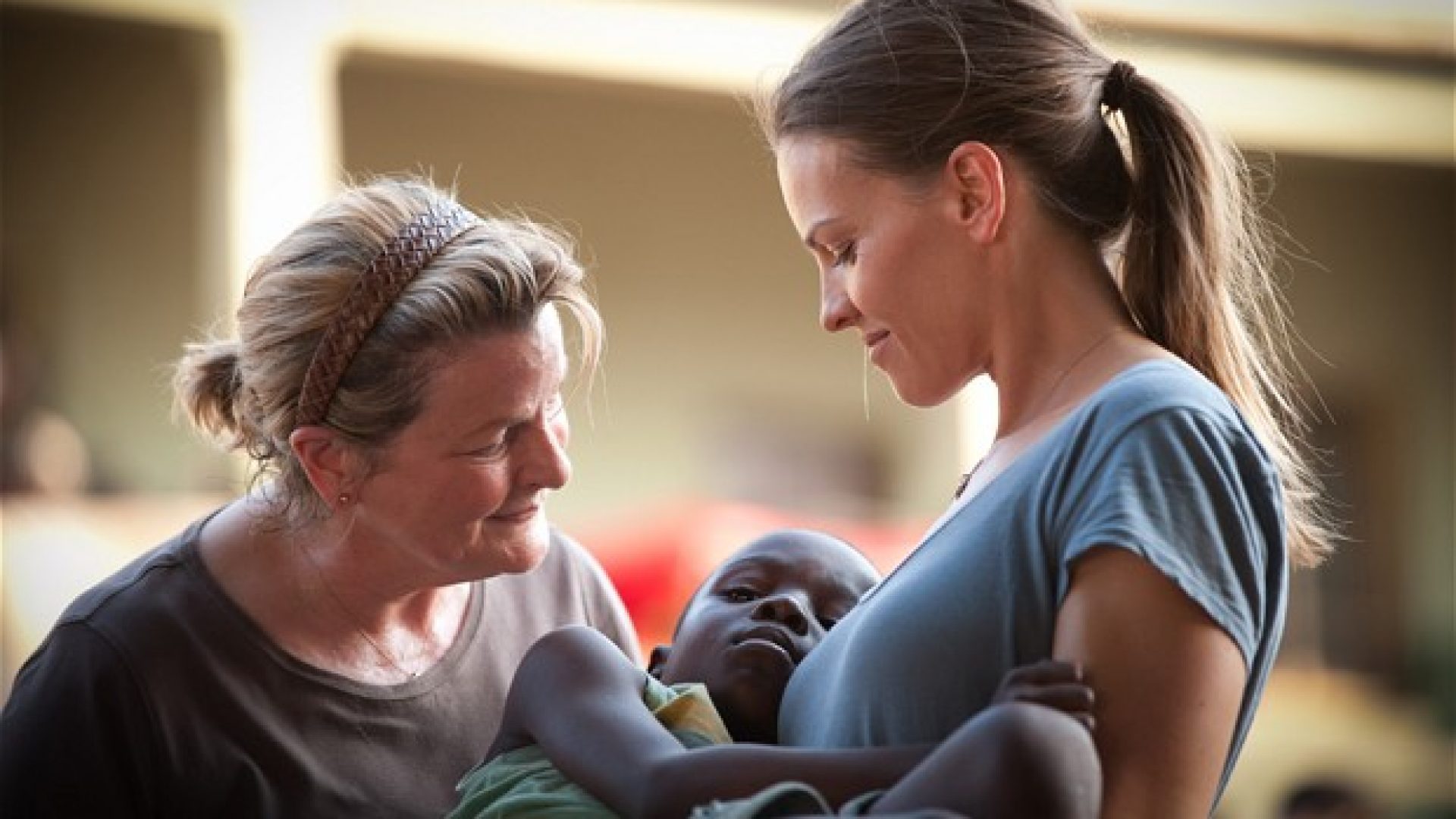 Wealthy American housewife Mary Morgan takes her bullied son George out of school for home education, including a trip to Southern Africa. Whilst in Mozambique George is bitten by a mosquito which crawls through a hole in his net and dies of malaria. After his funeral at home Mary feels a compulsion to return to Africa where she meets English woman Martha O’Connell, whose 24 year old son Ben, a teacher with voluntary service overseas, has also died of malaria. Ben gave his net to one of his pupils,believing adults cannot catch malaria. The two women are shocked to see the high death rate caused by the disease and,whilst Martha stays in Africa as a voluntary helper, Mary petitions the American government to change things. Martha turns up at Mary’s house unannounced and, helped by Mary’s ex-diplomat father, they address a senate committee on health spending,persuading them to do more to combat malaria. They meet with some success though a coda states that much more can be done.

Please RSVP to this free this screening by clicking here!

[EXPAND Learn more about the panelists – click to expand]Mary Anne Huntsman – Senior Advocacy Officer, Malaria No More
Mary Anne is Senior Advocacy Officer at Malaria No More’s Malaria Policy Center in Washington, D.C.. Prior to joining Malaria No More, she worked on the presidential campaign of her father, former Utah Governor Jon Hunstman, Jr., where she was active with her sisters as the @jon2012girls. She studied Piano Performance at the Manhattan School of Music, and has won and placed in numerous competitions and been invited to solo with Major Symphony Orchestras around the world. Mary Anne lived in Beijing, China for years following college teaching and performing piano. She interned at the White House in 2004 and also worked in Finance on John McCain’s Presidential campaign. She is the oldest of seven children.

Hale received his MD from the University of Utah. He received training in medicine and infectious diseases from the Ohio State University, University of California, Irvine and the University of Utah. Hale served as Director of the Tropical Disease and Travel Medicine Clinic at the University. He is currently a member of the International Society of Travel Medicine and the American Society of Tropical Medicine and Hygiene. He is co-director of the Utah site for the GeoSentinel surveillance program funded by the CDC. Over the past 12 years Dr. Hale has helped develop the Global Health Initiative, building partnerships with medical institutions in Kenya, Ghana, India, China, and Peru. Using education, service and research as a foundation, the Global Health Initiative engages in mutually beneficial programs that address disparities in health and wellbeing.

Carol A. Osborn, MD
Carol is owner and managing partner of Evolutionary Healthcare, a personalized, primary care medical practice in Salt Lake City. Trained as Family Physician at the University of Utah, she spent more than 12 years in the Department of Preventive and Family Medicine at University of Utah Health Sciences focusing on medical student and residency education. Her academic interests included maternal and child health care and international health along with clinical research. She has been involved in Maternal and Child Health program research and development in the Philippines and Tibet.

Martin Edlund, CEO, Malaria No More
Martin Edlund is a founding member and CEO of Malaria No More. During his tenure at Malaria No More, he has implemented high-profile engagement campaigns leveraging cutting edge mobile, social, and e-commerce platforms as Chief Marketing Officer. He has been instrumental in shaping the narrative of the complex and evolving issue of malaria for leadership audiences across the globe, beginning with his work around the White House Summit on Malaria. Edlund also lived and worked in West Africa as Malaria No More’s Director of New Programs, where he helped launch innovative net distribution and education campaigns with country leadership and local partners in Senegal, Cameroon, and Chad. [/EXPAND]