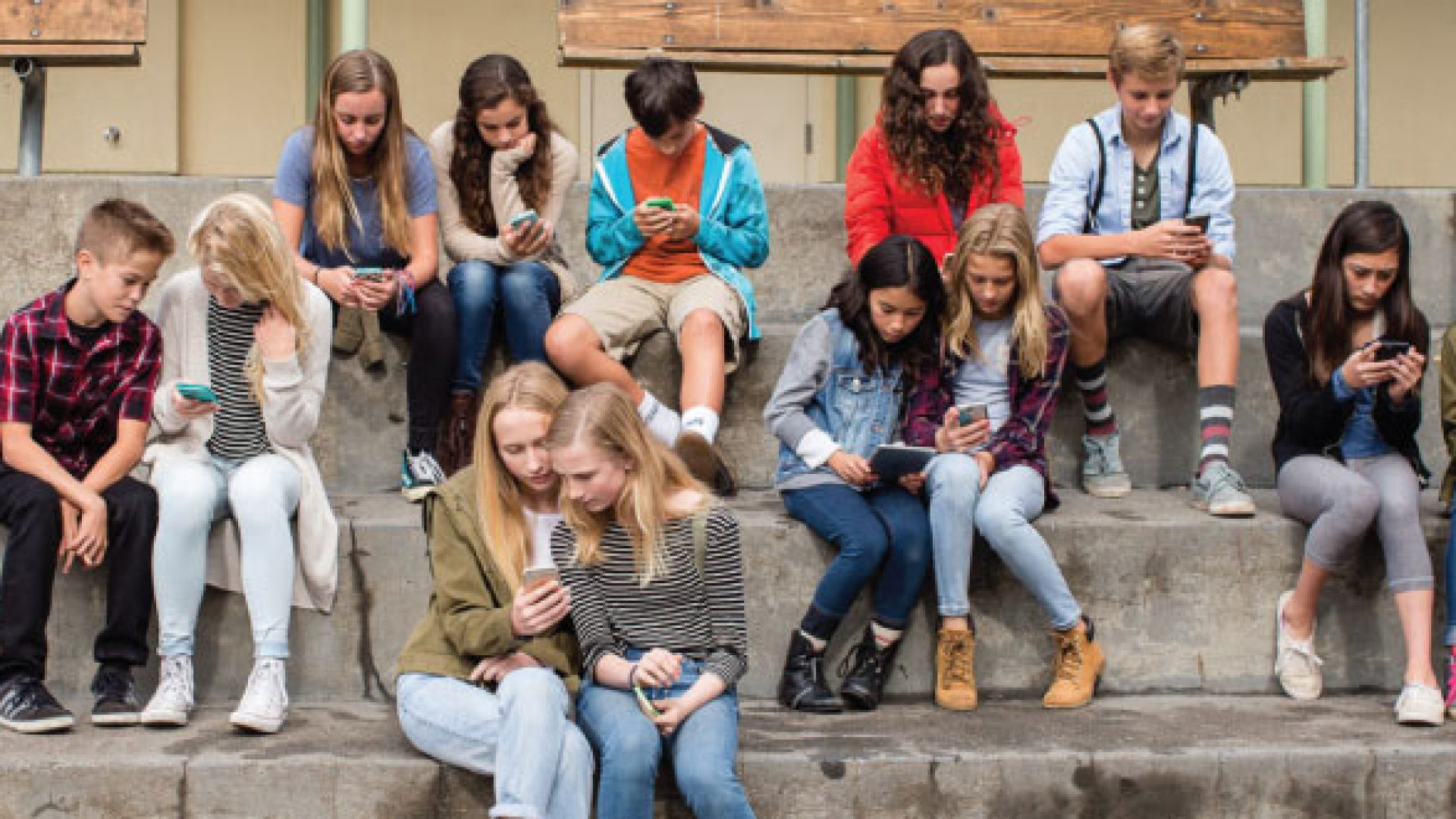 *Post-film discussion with Ryan Anderson, Clinical Director at Telos U, and Christian McKay Heidicker, author of Cure for the Common Universe. Read more about the guests below.

Are you watching kids scroll through life, with their rapid-fire thumbs and a six-second attention span? Physician and filmmaker Delaney Ruston saw that with her own kids and learned that the average kid spends 6.5 hours a day looking at screens. She wondered about the impact of all this time and about the friction occurring in homes and schools around negotiating screen time—friction she knew all too well.

In Screenagers, Delaney takes a deeply personal approach as she probes into the vulnerable corners of family life, including her own, to explore struggles over social media, video games, academics and internet addiction. Through poignant, and unexpectedly funny stories, along with surprising insights from authors, psychologists, and brain scientists, Screenagers reveals how tech time impacts kids’ development and offers solutions on how adults can empower kids to best navigate the digital world and find balance.

Ryan has had a diverse range of experiences as a professional. He has provided therapy for individuals, groups, and families in community mental health clinics, university settings, inpatient psychiatric units, cancer centers, and hospitals, as well as in the wilderness prior to coming to Telos U. Ryan has also taught university classes at an undergraduate level as well as teaching medical students in their first year of medical school. Each of these settings has taught Ryan something different and unique, and the sum total of the learning, relationships, and growth he has experienced through this winding path makes up the various facets that Ryan brings to Telos U. Ryan’s clinical style is warm, empathetic, courageous, creative, and attachment-based. Ryan is the author of “Navigating the Cyberscape: Evaluating and Improving Our Relationship with Smartphones, Social Media, Video Games, and the Internet.” Ryan has a background as a martial artist. He enjoys singing, writing, hiking, and reading all kinds of literature, history, cooking, music, language, physics, astronomy, and European board games. Most of all, though, Ryan enjoys spending time with his family.

Christian McKay Heidicker, Author of “Cure for the Common Universe”

Cure for the Common Universe (Simon & Schuster, 2016) is Heidicker’s hilarious debut novel about a sixteen-year-old loner who is sent to rehab for video game addiction.

Sixteen-year-old Jaxon is being committed to video game rehab…ten minutes after meeting a girl. A living, breathing girl named Serena, who not only laughed at his jokes but actually kinda sorta seemed excited when she agreed to go out with him.

Christian McKay Heidicker has accomplished a handful of things outside of video games. He published a short story called “There Are No Marshmallows in Camelot” on Cast of Wonders and co-created a storytelling troupe called Simple Simple. He’s never met a cute girl at a car wash, but he does live with his cat, Lucifer Morningstar, in Salt Lake City, Utah . . . which is also pretty cool, I guess?