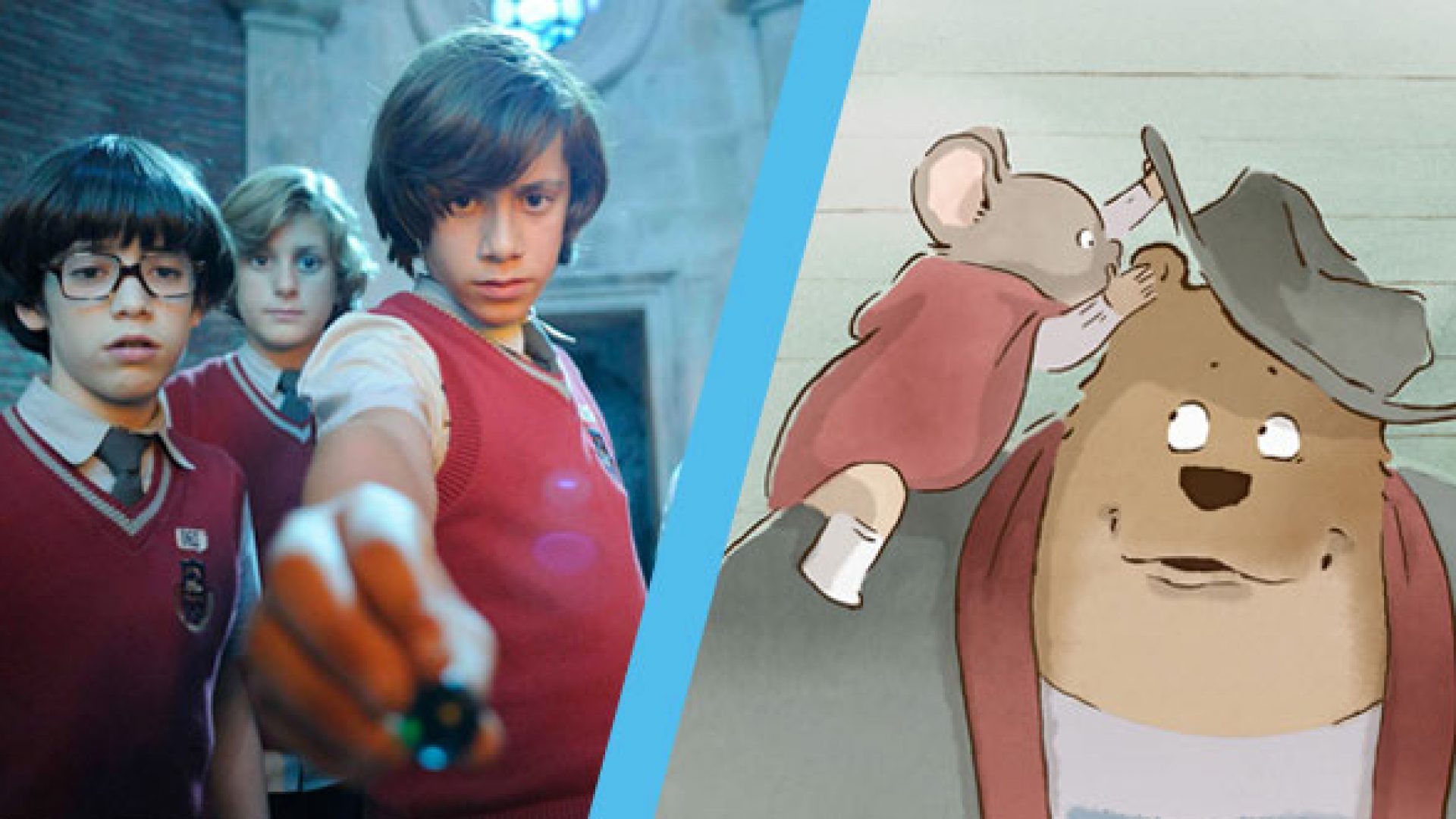 Sundance Kids is programmed in collaboration with Sundance Institute and Tumbleweeds, a program of the Utah Film Center, Utah’s premiere film festival for children and youth.

“Mice and bears can never be friends” according to the rules in the charming world of Ernest and Celestine. Celestine is a young mouse in an underground land where cautionary tales of bears are told and all mice are destined to become dentists. But that doesn’t stop Celestine from dreaming of becoming an artist. After being assigned a mission above ground—the world of bears—Celestine meets Ernest, a big bear, clown, and musician who lives on the fringes of bear society. Ernest welcomes her into his home, flying in the face of the established order. But when they are discovered by forces above and below ground, their unique friendship is tested. Will the unlikely pair be able to overcome the longstanding divide between mice and bears? Based on the Belgian book series by Gabrielle Vincent, this charming and beautifully animated film from the team has been a festival favorite around the world. Presented in English for the first time, the film is certain to delight
audiences of all ages.

Recommended for ages five and older.

Two of Spain’s most beloved comic-book characters—Zip and Zap—come to life in this rollicking adventure. With summer coming, the twin brothers are caught stealing the answers to their final exams, so instead of having a fun-filled vacation, Zip and Zap are sent to a strict boarding school run by a no-nonsense headmaster named Falconetti. The school is worse than they could have imagined. Fun is absolutely forbidden, and the suspicious Falconetti and his security guards seem to watch their every move. But that doesn’t stop the brothers from enjoying their summer. After making new friends, they form the Marble Gang, and their ongoing
mischief and resistance to authority lead them to discover a mysterious secret—one begging to be solved!

This new film from director Oskar Santos explores themes of friendship, courage, and acceptance and is a wonderful addition to the children’s adventurefilm genre. Its great performances, engaging special effects, and humorous, fast-paced story are sure both to entertain and to surprise you.

Recommended for ages nine and older.