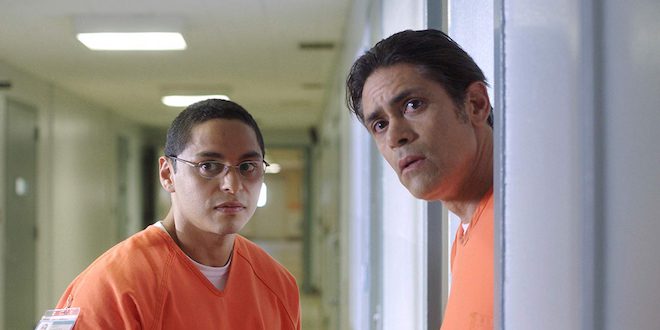 THE INFILTRATORS
This event has passed.

Without warning, Claudio Rojas is detained by ICE officials outside his Florida home. He is transferred to the Broward Transitional Center, a detention facility used as a holding space for imminent deportations. Terrified of never seeing him again, Claudio’s family contacts the National Immigrant Youth Alliance (NIYA), a group of activist Dreamers known for stopping deportations. Believing that no one is free as long as one is in detention, NIYA enlists Marco Saavedra to self-deport with the hopes of gaining access to the detention center and impeding Claudio’s expulsion. Once inside, Marco discovers a complex for-profit institution housing hundreds of multinational immigrants, all imprisoned without trial.

Directors Cristina Ibarra and Alex Rivera design a hybrid cinematic language, combining familiar documentary form and scripted narrative to map an uncharted domain: inside an Obama-era immigration detention system. Based on true events, The Infiltrators is both a suspenseful account of a high-stakes mission and an emotionally charged portrait of visionary youth fighting for their community.