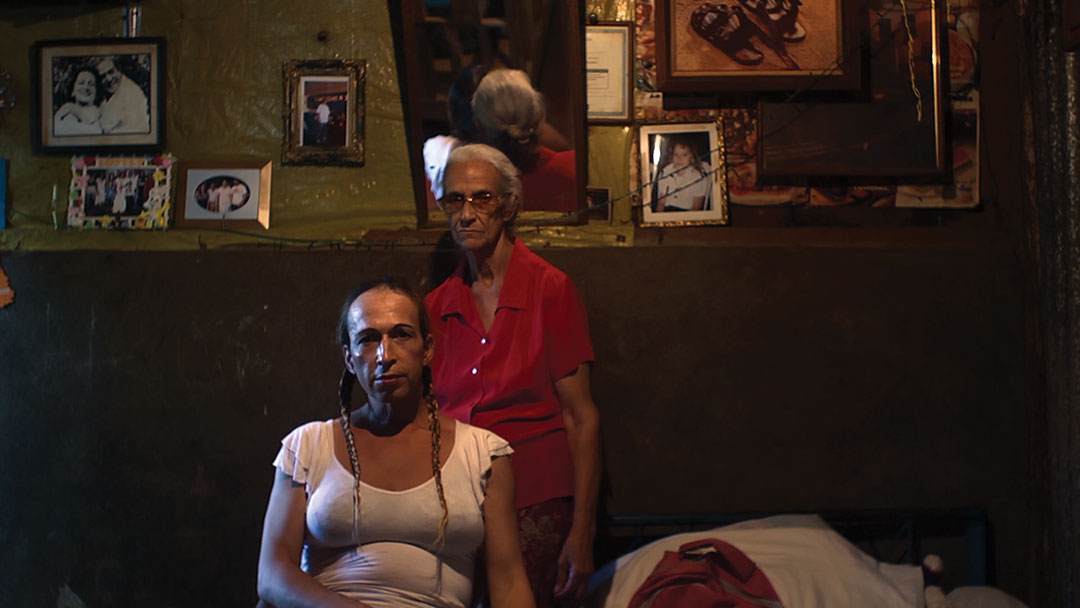 THE NEW MAN
This event has passed.

The New Man tells the story of Stephania Mirza, a Nicaraguan-born transgender woman living an impoverished life in Montevideo, Uruguay.

Award-winning Uruguayan filmmaker Aldo Garay has followed Stephania for more than 20 years. In this vibrant and lyrical film, we first see Stephania wandering, somewhat mysteriously, through the streets of Montevideo, her adopted home for several decades. We then accompany her on a journey home to Nicaragua to reconnect with the family she hasn’t seen since she was known as a boy named Roberto, who taught literacy as a child activist during the Sandinista Revolution.

Each step of Stephania’s journey adds another layer of texture to this rich character study. We meet her passionate, fiery mother and remorseful father, who must wipe tears away as he tries to explain why a father would give a seven-year-old son away to the revolutionary forces.

The New Man explores Stephania’s personal struggles as shaped by religion, poverty, war, and sexual politics. Although Stephania continues to meet adversity and discrimination, she faces these obstacles and the contradictions in her life with an abiding determination that is simultaneously dignified and heroic.