Post-film discussion to be announced.

For more than three decades, Alabama public interest attorney Bryan Stevenson, founder and executive director of the Equal Justice Initiative and whose work was fictionalized in the recent dramatic film Just Mercy starring Michael B Jordan, has advocated on behalf of the poor, the incarcerated and the condemned, seeking to eradicate racial discrimination in the criminal justice system. An intimate portrait of this remarkable man, True Justice: Bryan Stevenson’s Fight for Equality follows his struggle to create greater fairness in the system and shows how racial injustice emerged, evolved and continues to threaten the country, challenging viewers to confront it.

Presented in partnership with: 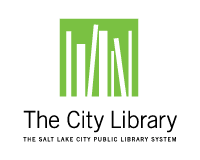