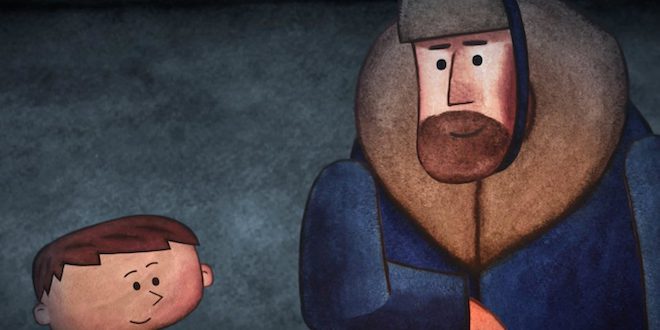 This collection of international live-action and short films including an Academy Award-nominee are sure to challenge, inspire and entertain.

THE PIG ON THE HILL
Directed by Jamy Wheless and John Helms
2017 | USA |5:52
When Pig’s free-spirited and energetic new neighbor Duck plunges himself into Pig’s quiet, orderly life, Pig learns that having friends is what he has been missing all along.

FILL AND MOO
Directed by Toshiko Hata
2017 | Japan | 8:00
A mushroom-like sprite dwells on the forest floor until he is pulled magically through the fourth wall and into the colorful world of cinema.

A VIEW FROM THE WINDOW
Directed by Azar Kafaei and Chris Filippone
2017 | USA | 7:37
An immersive glimpse of a school day through the eyes of deaf children.

HEDGEHOG
Directed by Jeanne Laureau, Jongha Yoon, Kaisa Pirttinen, Morgane Mattard, and Colombine Majou, Vaibhav Keswani
2018 | France, Belgium, Spain |4:43
A little boy loves to talk about hedgehogs – all the time and to everybody.

RAE
Directed by Kawennáhere Devery Jacobs
2017 | Canada | 10:31
While organizing her seventh birthday party, Rae, a young Mohawk girl and her schizophrenic mom, find their roles reversed within their mother-daughter relationship.

UNDISCOVERED
Directed by Sara Litzenberger
2017 | USA | 2:52
Sasquatch has always remained elusive in photos – and now we know why.

A LITTLE LIGHT (Ogonyok)
Directed by Vladislav Bairamgulov
2017| Russia | 8:09
When the fire in his hearth goes out during a stormy night, a young boy goes in search of a flame to relight it

TRANSMITTER RECEIVER
Directed by Vincent Wilson
2017 |Canada | 9:00
In order to escape the monotony and boredom of the end of the school year, a young boy fabricates a transceiver-receiver to communicate with strangers in the sky.

THE ROBOT AND THE WHALE
Directed by Jonas Forsman
2018 | Sweden | 6:18
Lobo, a cheerful robot who loves animals and plants, and her best friend Banjo, a curious robot dog, meet a stranded whale on the beach. To save the whale Lobo has to overcome her fear of water.

ONE SMALL STEP
Directed by Andrew Chesworth and Bobby Pontillas
2018 | USA |7:38
An ambitious young girl aspires to be an astronaut with the support of her humble father.