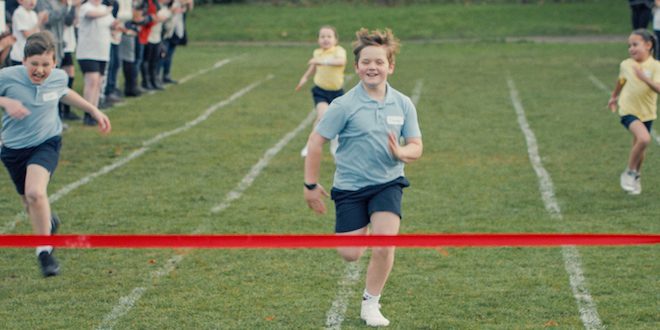 SPECTACULAR SHORTS
This event has passed.

SPECTACULAR SHORTS
From a mother and daughter presenting at a school’s career day to a hilarious parody of disaster films, this year’s Spectacular Shorts program is an eclectic collection of films from around the world.
Recommended for ages 8+
Runtime: 72 min

A MODEST DEFEAT
Directed by: David Barr
2018 | U.K. | 9:03
It’s a civil war in suburbia between two young siblings. Big brother Tommy never plays fair, but eight-year-old Tiny has an elaborate plan up her sleeve and a faultless determination to put things right.

AWAKER
Directed by Filip Diviak
2017 | Czech Republic | 9:32
At a time where there were no alarm-clocks, an old man worked as an awaker. Every day he walked the long way from his house to the village until he gets an old shiny bell.

MATHILDA
Directed by Eduard Puertas Anfruns, Irene Iborra
2018 | France/Belgium/Spain | 6:53
Matilda can’t get to sleep and starts playing with her bedside lamp until the lightbulb finally burns out. She finds herself plunged into darkness! She soon overcomes her fear and, using her torch, starts exploring her room in this new light, and discovers all the magic of the night.

HOW TOMMY LEMENCHICK BECAME A 7th GRADE LEGEND
Directed by Bastien Alexandre
2018 | Canada | 11:26
Ophilia is a whip-smart 12-year-old who is on a mission to solve a vexing problem: she’s never been kissed. There are several candidates in her class but none have Tommy Lemenchick’s smile.

CAT DAYS (Neko no hi)
Directed by Jon Frickey
2018 |Germany |11:09
Japanese with English subtitles
Jiro, a little boy, feels sick. His father takes him to see the doctor. She diagnoses a harmless condition. But it shakes the core of the boy’s identity.

FIRE IN CARDBOARD CITY
Directed by Philip Brough
2017 | New Zealand | 8:46
When a city made entirely from cardboard catches fire it’s up to the local fire chief and his brave deputies to save Cardboard City and its citizens from impending doom.