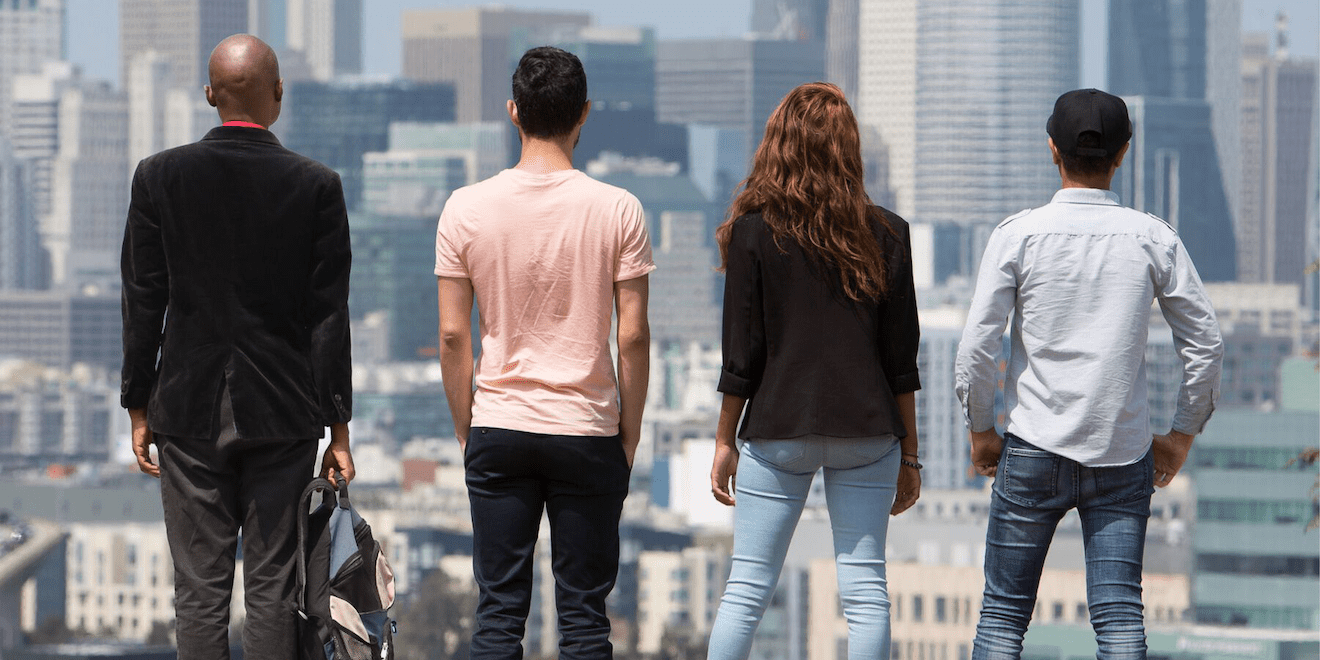 END_OF_DOCUMENT_TOKEN_TO_BE_REPLACED

Damn These Heels Year-Round:
BUT I’M A CHEERLEADER 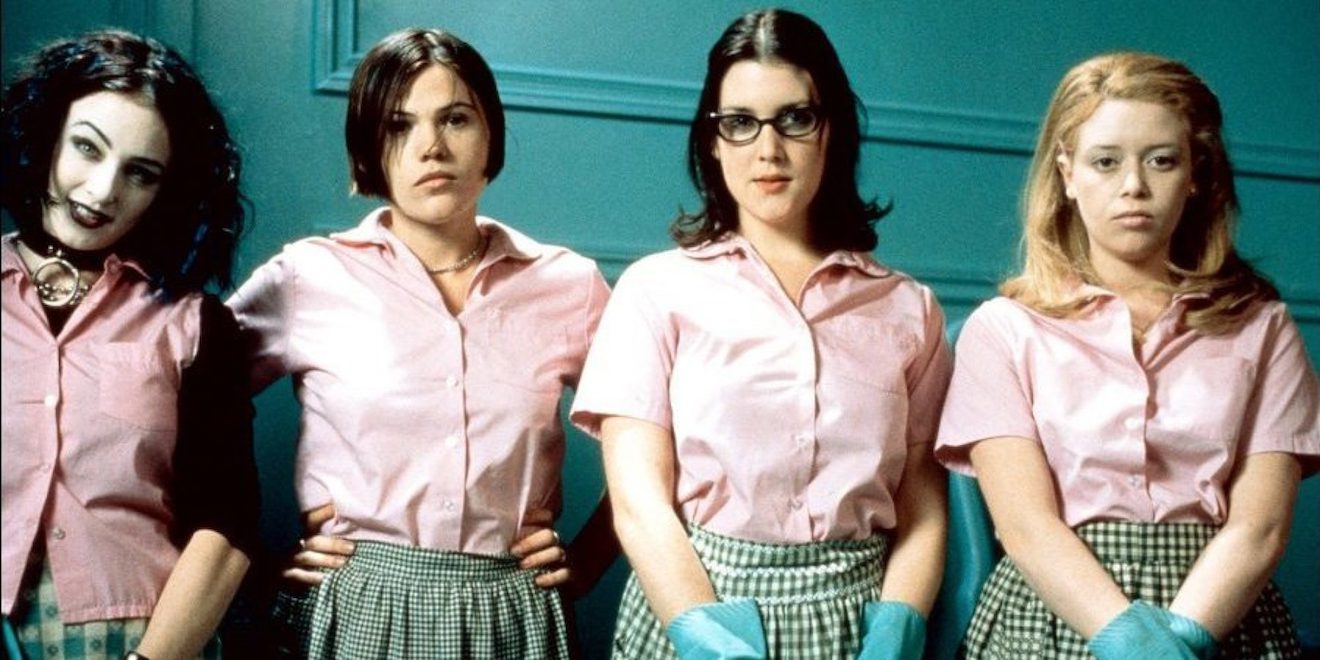 *Please note that due to the screening venue patrons must be 21 years old or older.

Screening takes place outdoors and will start at sundown.

END_OF_DOCUMENT_TOKEN_TO_BE_REPLACED

Damn These Heels Year-Round:
THE BIRDCAGE 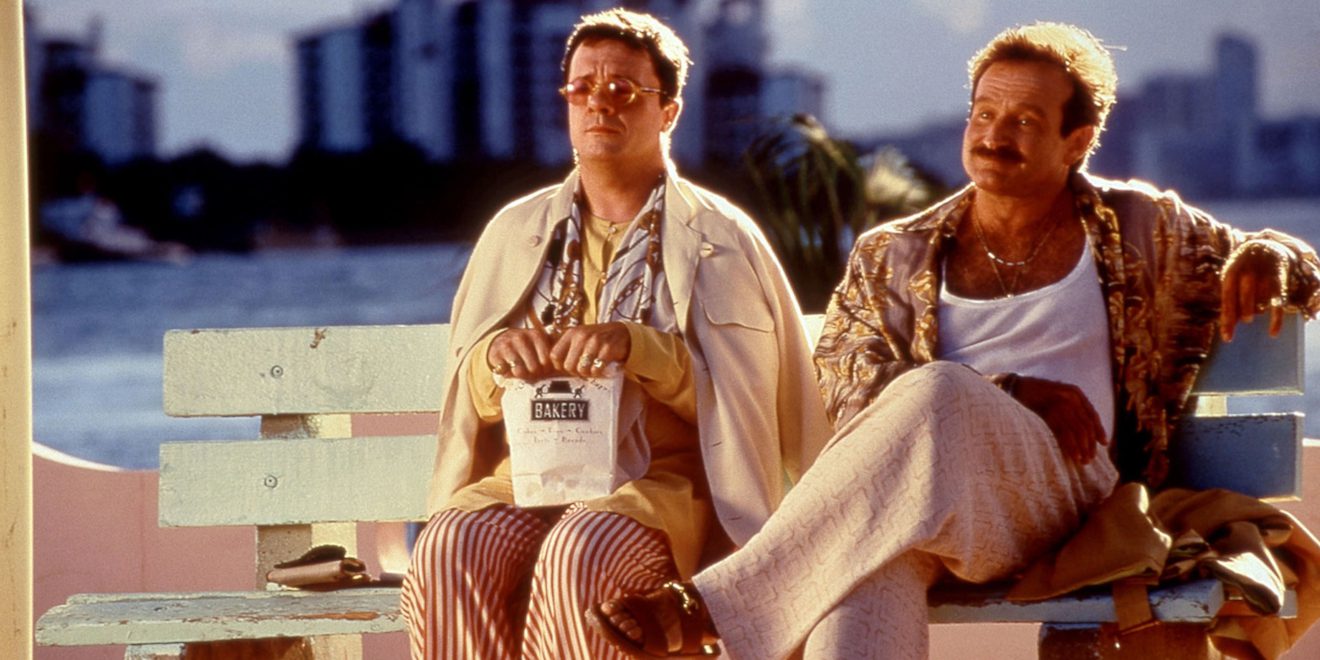 *Please note that due to the screening venue patrons must be 21 years old or older.

Screening takes place outdoors and will start at sundown.

END_OF_DOCUMENT_TOKEN_TO_BE_REPLACED 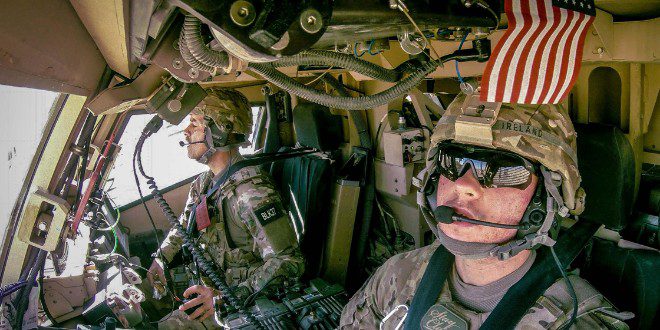 The 2018 SXSW Audience Award-winning feature film debut by Gabriel Silverman & Fiona Dawson, TransMilitary follows the Emmy-nominated short film Transgender, at War and in Love. Around 15,500 transgender people serve in the U.S. military (notably the largest transgender employer in the U.S.), where they must conceal their gender identity because military policies ban their service. TransMilitary chronicles the lives of four individuals (Senior Airman Logan Ireland, Corporal Laila Villanueva, Captain Jennifer Peace & First Lieutenant El Cook) defending their country’s freedom while fighting for their own. They put their careers and their families’ livelihoods on the line by coming out as transgender to top brass officials in the Pentagon in hopes of attaining the equal right to serve. The ban was lifted in 2016, but with President Trump now trying to reinstate it, their futures hang in the balance again. 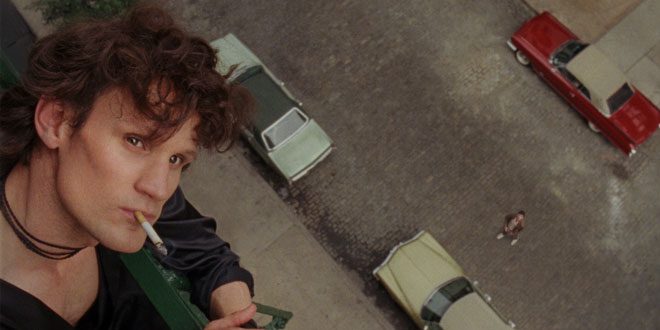 Robert Mapplethorpe is arguably one of the most important artists of the 20th century. Mapplethorpe discovered himself both sexually and artistically in New York City throughout the 70’s and 80’s. The film explores Mapplethorpe’s life from moments before he and Patti Smith moved into the famed Chelsea Hotel, home to a world of bohemian chic. Here he begins photographing its inhabitants and his newfound circle of friends including artists and musicians, socialites, film stars, and members of the S&M underground. Mapplethorpe’s work displayed eroticism in a way that had never been examined nor displayed before to the public. The film explores the intersection of his art and his sexuality and his struggle for mainstream recognition. The biopic offers a nuanced portrait of an artist at the height of his craft and of the self-destructive impulses that threaten to undermine it all.

“Documentary director Ondi Timoner (Dig!, We Live in Public), making her narrative debut, has ensured that this movie acknowledges the many hard edges and unattractive qualities of this man while also celebrating and not looking away from his most explicit and scariest photographs, many of which rather surprisingly appear onscreen.” – The Wrap

“The 12-year project – commissioned by the Robert Mapplethorpe Foundation – is evidence that Timoner, who made documentaries before, can craft a nuanced dramatic feature, shot in Super 16 mm, with faux-documentary moments in 8 mm. She offers a deft observation of Mapplethorpe’s evolving manipulation of his own image, in his pictures and his life, from Polaroids to penises.” – Screen Daily

Director Ondi Timoner has the rare distinction of winning the Grand Jury Prize at the Sundance Film Festival twice – for her 2004 documentary, Dig! and We Live in Public (2009). Both films were acquired by MoMA, NY for their permanent collection. Other award-winning features include: The Nature of the Beast (1994), Join Us (2007), Cool It (2010) and Brand: A Second Coming (2015). In 2017, Ondi created and produced the critically-acclaimed 10-hour nonfiction series Jungletown about the building of “the world’s most sustainable town” for Viceland. MAPPLETHORPE (2018) is Ondi’s first scripted feature, starring Matt Smith – which she co-wrote, directed, edited and produced through her production company, Interloper Films. 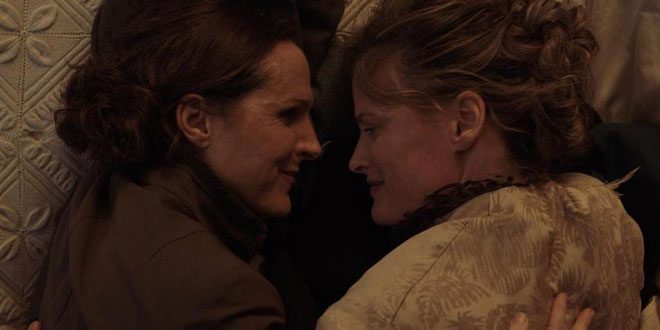 Post-film Q&A with director Madeleine Olnek, followed by a conversation with Ms. Olnek and director Ondi Timoner (Mapplethorpe) about making a film about a historical figure. Both will be moderated by KUER RadioWest host Doug Fabrizio.

Madeleine Olnek’s portrait of Emily Dickinson (Molly Shannon) casts light on the poet’s intense romance with women and words, and in doing so subverts the notions of biography and history entire. The result is a sexy, breathless, absurdist, and very cinematic literary romp. Interpretation alters our perception, turning seemingly dusty poetry into unspeakable sexual innuendo. “I taste a liquor never brewed –”, Dickinson whispers to her lover Susan – affirming that her lines are truly about that.

The longest-running LGBTQ Film Festival in the Mountain West, the 15th annual Damn These Heels is a safe, supportive environment that celebrates our community’s diversity by sharing LGBTQ history, culture, ideas, struggles, and triumphs through film.

Past Damn These Heels films are award-winners, audience favorites and films from around the world including Todrick Hall: Behind the Curtain, The Pearl, Strike a Pose, Kiki, Out Run, The Slippers, Boulevard, Beginners, Summer of Sangaile, Tangerine, and more.

BEHIND THE CURTAIN: Todrick Hall 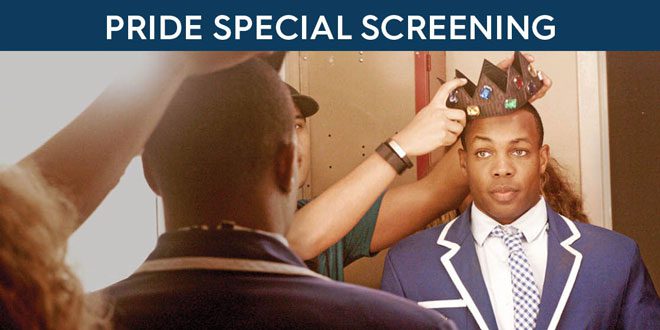 YouTube sensation Todrick Hall launches his most ambitious project yet: a full-scale original musical on being black, gay, and relentlessly creative: Straight Outta Oz. From a small town in Texas to big-time show business, Todrick brings his magic. An inspiring documentary of grit, perseverance and the redemptive power of art.

This screening is presented in partnership with the Utah Pride Center in celebration of the 2018 Utah Pride Festival. 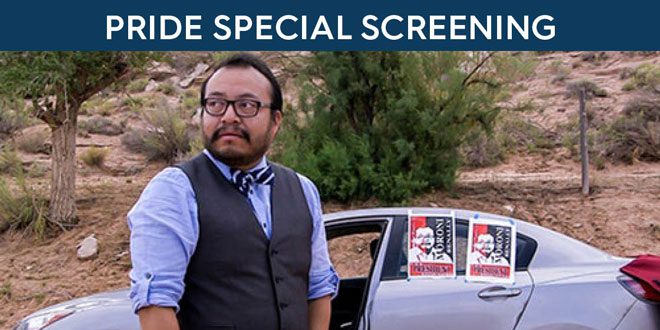 Post film Q&A with subject of the film Moroni Benally.

The Navajo Nation is the largest Native American reservation in the United States. Every four years, the Navajo tribe elects its president, whom many consider the most powerful Native American in the country. In the midst of a frenzied election to determine the next President of the tribe, Moroni for President takes the audience to every corner of this vast area in the iconic American Southwest. END_OF_DOCUMENT_TOKEN_TO_BE_REPLACED 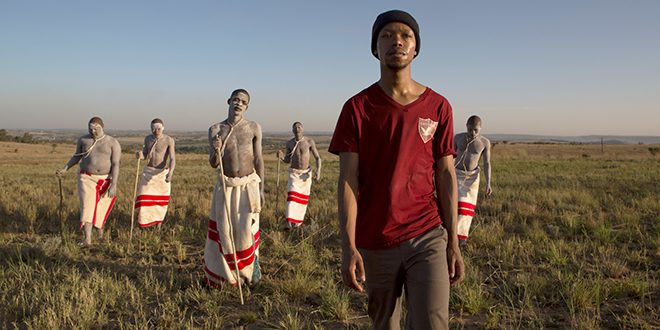 Brimming with sex and violence, The Wound is an exploration of tradition and sexuality set amid South Africa’s Xhosa culture. Every year, the tribe’s young men are brought to the mountains of the Eastern Cape to participate in an ancient coming-of-age ritual. END_OF_DOCUMENT_TOKEN_TO_BE_REPLACED 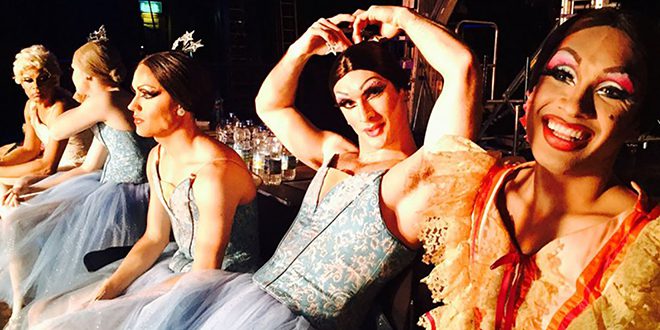 Exploring universal themes of identity, dreams and family, Rebels on Pointe is the first-ever documentary film celebrating the world famous Les Ballets Trockadero de Monte Carlo. The notorious all-male, drag ballet company was founded over 40 years ago in New York City on the heels of the Stonewall riots, and has a passionate cult following around the world. The film juxtaposes intimate behind-the-scenes access, rich archives and history, engaging character driven stories, and dance performances shot in North America, Europe and Japan. Rebels on Pointe is a creative blend of gender-bending artistic expression, diversity, passion and purpose. A story which ultimately proves that a ballerina is not only a woman dancing—but an act of revolution in a tutu. 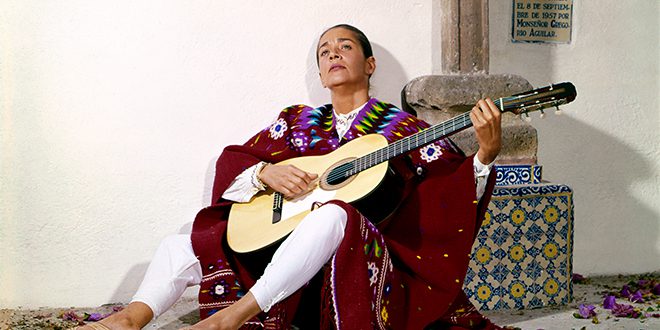 Through its lyrical structure, Chavela will take viewers on an evocative, thought-provoking journey through the iconoclastic life of game-changing artist Chavela Vargas. END_OF_DOCUMENT_TOKEN_TO_BE_REPLACED 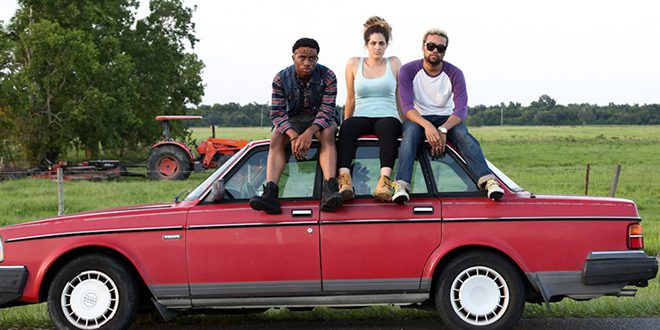 THE UNTOLD TALES OF ARMISTEAD MAUPIN 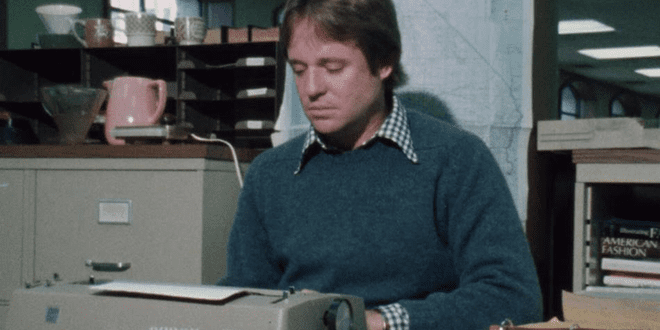 The Untold Tales of Armistead Maupin examines the life and work of one of the world’s most beloved storytellers, following his evolution from a conservative son of the Old South into a gay rights pioneer whose novels have inspired millions to claim their own truth. Jennifer Kroot’s documentary about the creator of Tales of the City moves nimbly between playful and poignant and laugh-out-loud funny.  END_OF_DOCUMENT_TOKEN_TO_BE_REPLACED 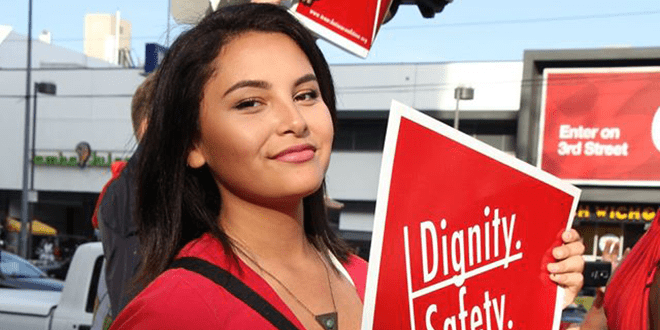 Raising Zoey tells the moving story of 13-year-old trans activist Zoey Luna, who was born as a boy but began identifying as a girl before entering school. Zoey aspires to live a normal life as a teenage girl but often struggles as she faces bullying from classmates and discrimination from school officials. She finally decides to transfer to a different school to avoid further conflict.

Despite being mistreated, Zoey plunges onward to fight for her right to self-identify with the support of her mother, Ofelia, and her older sister, Leticia. We watch as her family navigates the unconventional challenges of raising a transgender child, but they always remain by Zoey’s side throughout her journey. With the support of her family and assistance from an ACLU lawyer, Zoey blossoms into a confident young woman publicly advocating for trans rights.

In a time when transgender young people continue to battle oppression, Raising Zoey provides a positive outlook and reveals how much easier and more smoothly a teenager’s gender transition becomes with the unconditional love of her family. As Ofelia so eloquently puts it, “Zoey is not special because she is trans. She is special because she is my child.” 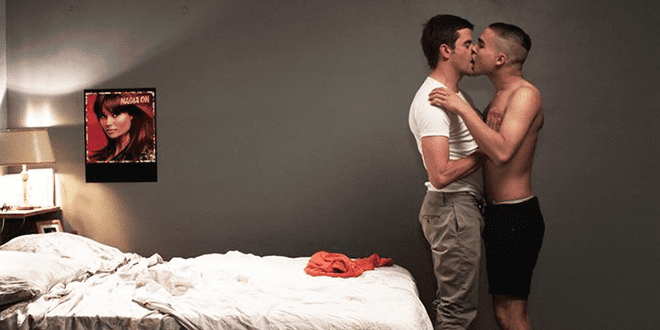 Jérôme Reybaud’s remarkably accomplished feature debut is a sly and sophisticated take on gay romance in the 21st century. END_OF_DOCUMENT_TOKEN_TO_BE_REPLACED 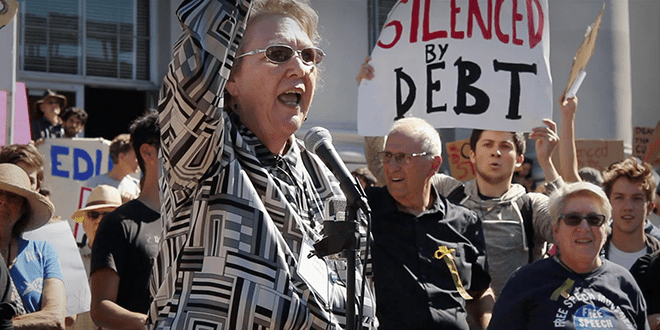 Please note: this screening will now be held on the third floor of The Leonardo at 7:15 pm.

Political Animals tells the story of the civil rights struggle of this century – the gay rights movement – through the eyes of four elected women – a group often left out of gay histories until now. END_OF_DOCUMENT_TOKEN_TO_BE_REPLACED 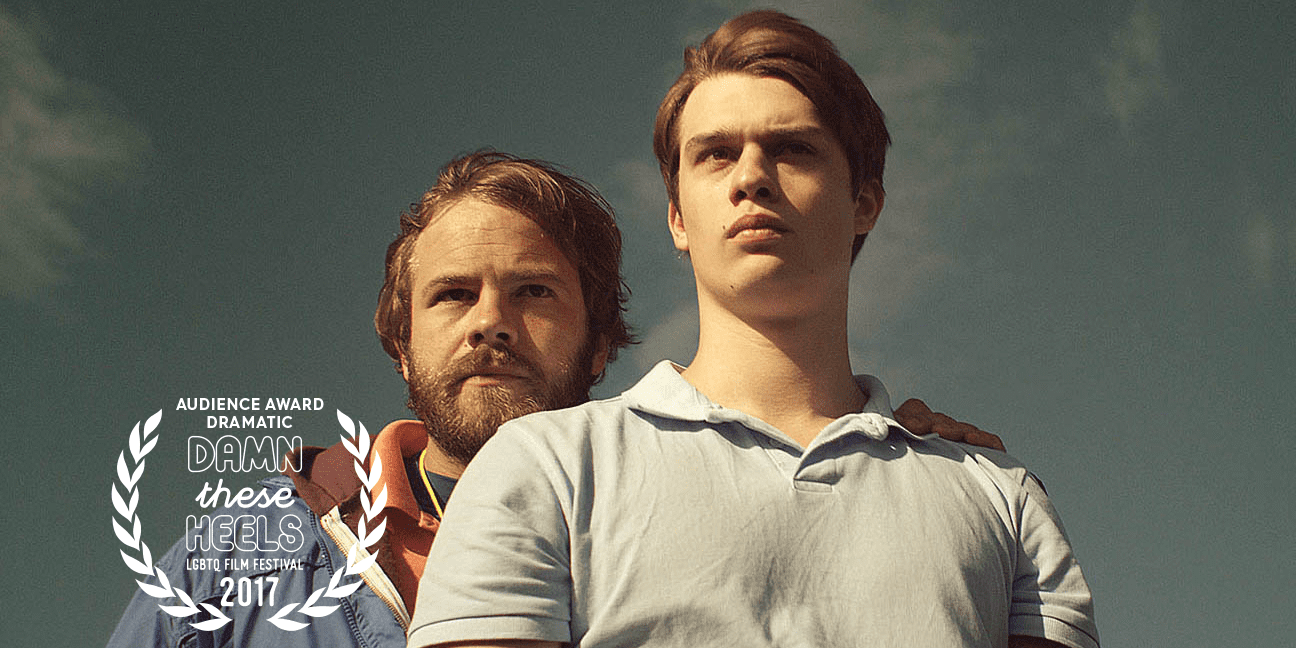 Ned, the bullied outsider, and Conor, a new boy and star athlete, are forced to room together at their cloistered boarding school. Conor is drafted into the senior rugby team, whose actions dominate school life and whose privilege and entitlement have made Ned’s life to date at the school a misery. The boys take an instant and visceral dislike to each other, and Ned and Conor seem destined to remain enemies until an English teacher Mr. Sherry (Andrew Scott) begins to drill into them the value of finding one’s own voice. This lesson isn’t appreciated by everyone, though, not least the rugby coach, Pascal (Moe Dunford), who has his own agenda, and who harbours some deep suspicions about Sherry. 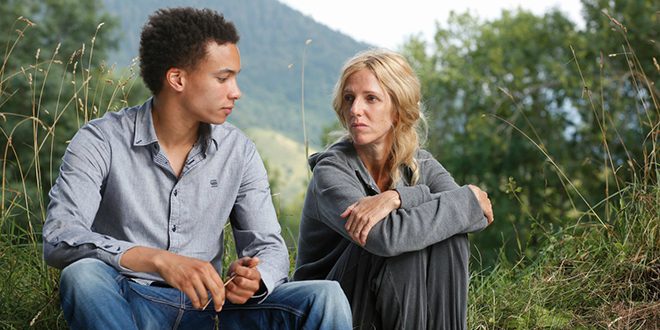 A national treasure in France, writer and director André Téchiné continues his storied career with his new film, Being 17. Returning to the roots of his post-New Wave style of filmmaking, Téchiné creates a compact drama that plays out against an imposing mountain backdrop.

Damien is the pampered teenage son of a soldier and a doctor. He lives with his mother in an army barracks in the south of France while his father is on a military mission in the Central African Republic. But Damien must adopt a new, defiant stance in high school to stave off the bullies who taunt him over his effeminate ways: a friend of his father’s is teaching him to wrestle.

Kacey Mottet Klein and Corentin Fila are utterly engrossing as Damien and Tom, and every glance and gesture sensitively captures their exhilarating chemistry. Téchiné’s film breathes with a poetic temperance that marks it as a beautifully structured, finely acted ballad of teenage angst and passion. 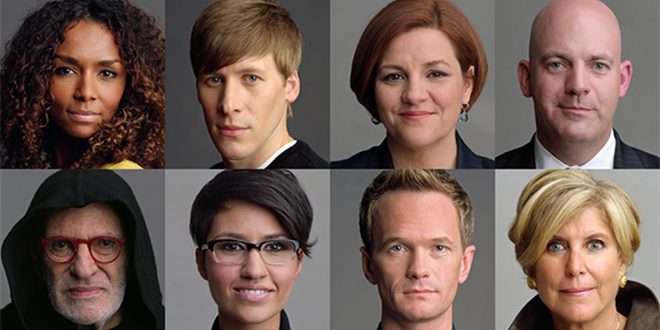 Alternately humorous and poignant, The Out List features a diverse cross-section of accomplished leaders from entertainment, business, sports and public service sharing intimate stories on childhood, understanding gender and sexuality, building careers while out and reflecting on the challenges still facing the LGBT community. Against the backdrop of historic Supreme Court hearings on same-sex marriage and financial equality, subjects recall joyous moments of acceptance and romance, along with painful instances of intolerance and discrimination, offering unique modern perspectives on being out in America.

This screening is presented in partnership with the Utah Pride Center in celebration of the 2017 Utah Pride Festival.