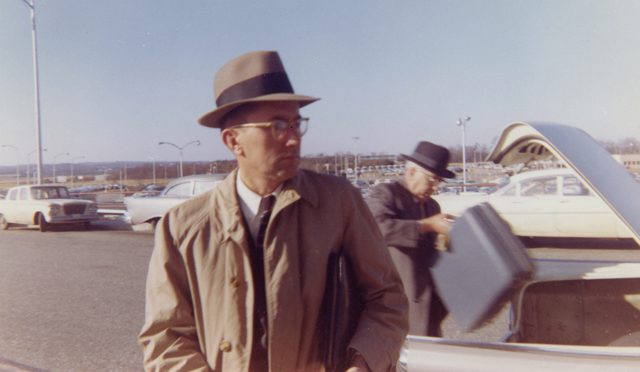 THE MAN NOBODY KNEW

A son’s riveting look at a father whose life seemed straight out of a spy thriller, THE MAN NOBODY KNEW:IN SEARCH OF MY FATHER, CIA SPYMASTER WILLIAM COLBY uncovers the secret world of a legendary CIA spymaster. Told by William Colby’s son Carl, the story is at once a probing history of the CIA, a personal memoir of a family living in clandestine shadows, and an inquiry into the hard costs of a nation’s most cloaked actions.

From the beginning of his career as an OSS officer parachuting into Nazi-occupied Europe, William Colby rose through the ranks of “The Company,” and soon was involved in covert operations in hot spots around the globe. He swayed elections against the Communists in Italy, oversaw the coup against President Diem in Saigon, and ran the controversial Phoenix Program in Vietnam, which sparked today’s legacy of counter-insurgency. But after decades of obediently taking on the White House’s toughest and dirtiest assignments, and rising to become Director of CIA, Colby defied the President. Braving intense controversy, he opened up to Congress some of the agency’s darkest, most tightly held secrets and extra-legal operations.

Now, his son asks a series of powerful and relevant questions about the father who was a ghost-like presence in the family home – and the intelligence officer who became a major force in American history, paving the way for today’s provocative questions about security and secrecy vs. liberty and morality. The film forges a fascinating mix of rare archival footage, never-before-seen photos, and interviews with the “who’s who” of American intelligence, including former National Security Advisers Brent Scowcroft and Zbigniew Brzezinski, former Secretary of Defense Donald Rumsfeld, former Secretary of Defense and Director of CIA James Schlesinger, as well Pulitzer Prize
journalists Bob Woodward, Seymour Hersh and Tim Weiner. Through it all, Carl Colby searches for an authentic portrait of the man who remained masked even to those who loved him most.