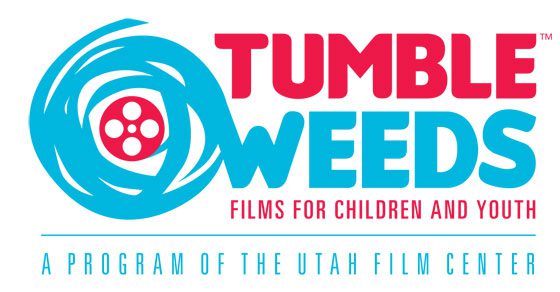 New Youth-Oriented Category Will Feature
One World Premiere and One U.S. Premiere

“Sundance Kids” is programmed with the Utah Film Center’s year-round Tumbleweeds program for children and youth, which includes an annual Film Festival and monthly screenings in Salt Lake City, Orem, Moab, Price, Park City and Kamas, UT. The annual Tumbleweeds Film Festival is the only film festival in the Intermountain West that presents films specifically for children and youth.

“The addition of Sundance Kids allows us to engage younger audiences around the power of independent film,” said Trevor Groth, Director of Programming. “We are excited to collaborate with Tumbleweeds and The Utah Film Center in presenting Sundance Kids.”

“This unique collaboration between the Utah Film Center and Sundance Institute is a great opportunity to elevate the profile of international and independent films for kids,” said Patrick Hubley, Artistic Director of the Utah Film Center and Founder of Tumbleweeds. “We launched our Tumbleweeds programming four years ago with the goal of fostering the next generation of filmmakers and film fans, and we hope this programming will inspire the creativity and imaginations of young film-goers not only in Utah but across the country.”

Zip & Zap and the Marble Gang / Spain (Director: Oskar Santos, Screenwriters: Francisco Roncal, Jorge Lara, Oskar Santos) – Zip and Zap are punished by being sent to a re-education center. Guided by intelligence, they uncover a mysterious secret hidden deep within the school and end up having the most exciting adventure of their lives. Cast: Javier Gutiérrez, Daniel Cerezo, Raúl Rivas, Claudia Vega, Marcos Ruiz, Fran García. Recommended for ages 9+.

Sundance Institute
Founded by Robert Redford in 1981, Sundance Institute is a global, nonprofit cultural organization dedicated to nurturing artistic expression in film and theater, and to supporting intercultural dialogue between artists and audiences. The Institute promotes independent storytelling to unite, inform and inspire, regardless of geo-political, social, religious or cultural differences. Internationally recognized for its annual Sundance Film Festival and its artistic development programs for directors, screenwriters, producers, film composers, playwrights and theatre artists, Sundance Institute has nurtured such projects as Beasts of the Southern Wild, Fruitvale Station, Sin Nombre, An Inconvenient Truth, Spring Awakening, Born into Brothels, Trouble the Water, Light in the Piazza and Angels in America.