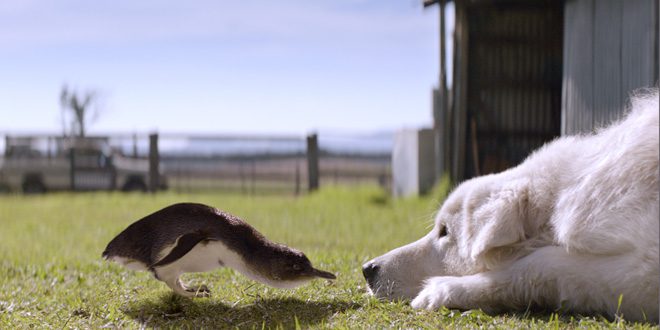 Can nine-year-old Olivia and a rambunctious sheepdog save a colony of rare penguins? Find out in this heartwarming film based on a true story.

Off the coast of the small Australian town of Warrnambool lies Middle Island, a sanctuary home to a colony of fairy penguins—the world’s smallest. Due to fox attacks, there are very few penguins left on the island. If the number dwindles to less than 10, Olivia’s mother, Emily, a park ranger, will lose her job, which means Olivia will have to move away from Australia to America!

With the help of her eccentric grandfather, Swampy, Olivia comes up with a plan to train Oddball, a troublemaking sheepdog, to protect the penguins from the foxes. But with the town council wanting to turn the sanctuary into an amusement park and the dogcatcher eager to put Oddball in the pound, can Olivia train the dog to save the penguins before it’s too late?

Featuring beautiful coastal landscapes, a lovable sheepdog, and the cutest penguins, this wonderfully acted film is a treat for the whole family.