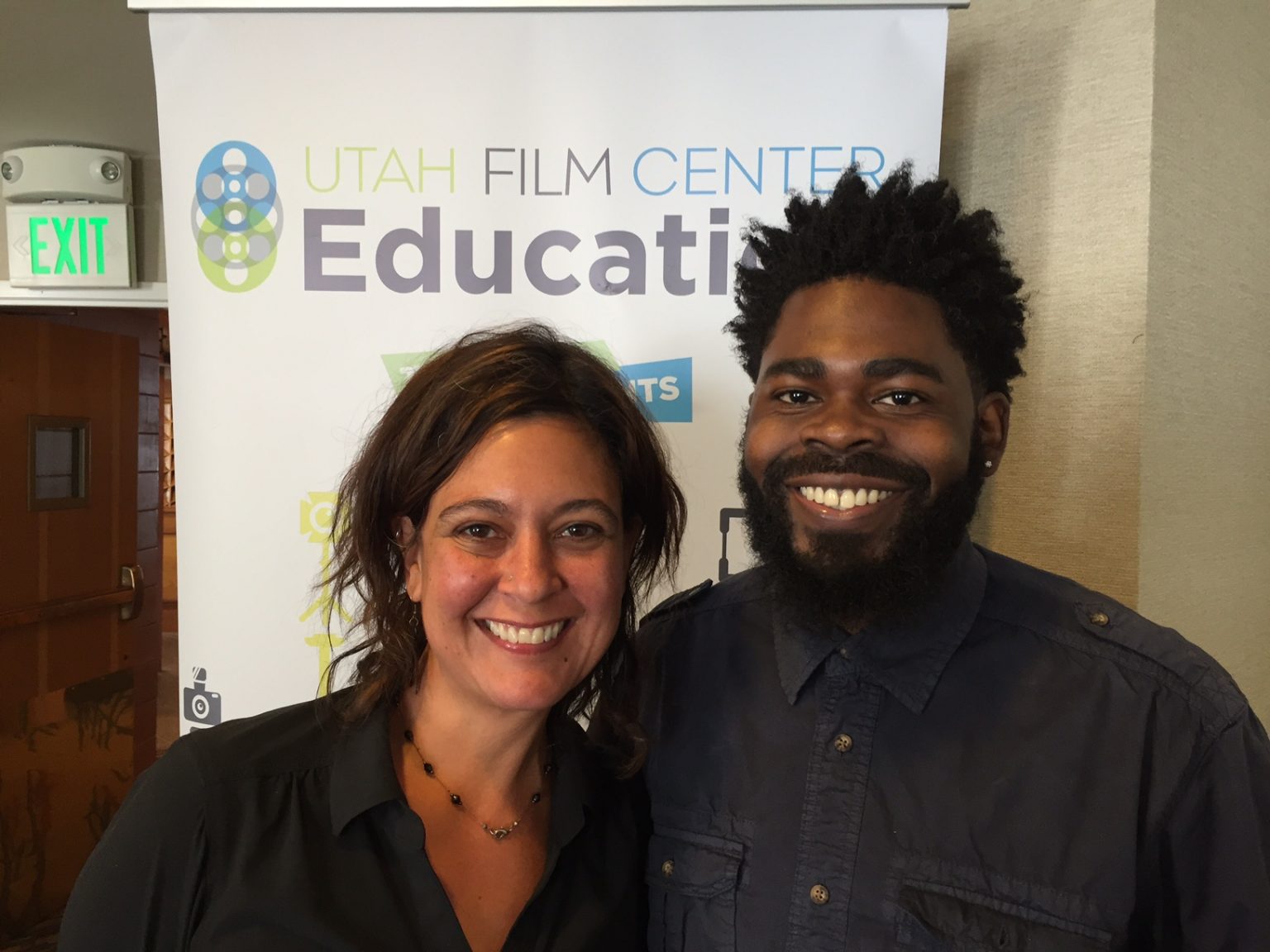 Before I get started with my exciting educational program announcement, I wanted to begin by giving one more shout out to everyone that showed up this weekend to the Fiesta del Fuego fundraising event. It’s so inspiring and moving to see the community continue to show up in support of Utah Film Center’s post-fire rebuilding effort. An extra shout out and high five to Jorge Fierro, his wife, and their team at Frida Bistro and Rico Brand! They hatched the idea and hosted the grand fiesta and we are all grateful. We raised needed funds, spread good will, and had a great time. Bravo!

Now onto Film Spark. Admittedly, I’m cringing a bit in my desk chair with yet another fire-themed Film Center announcement, but I promise the prospective program title lived on the Google brainstorm document long before our office went up in flames in late March. It was an organic naming decision, one that felt right for what we were hoping to achieve. Granted, the few artifacts that did survive the blaze did happen to be educational collateral, and the acrid industrial burnt plastic has been searing the education team’s noses and brains for nearly eight weeks now. Film Spark still feels and sounds good though. We’re authentically hoping to use compelling documentary stories to ignite, fuel tinder, and ultimately light fire in the minds of our targeted student population.

As a veteran media arts educator and the founder of a small documentary film festival called Vox Docs, I’ve long been frustrated that the shelf life of contemporary documentaries in our K-12 education system is either non-existent, short-lived, or shallowly explored. The recent merger between the teacher-training program SHIFT and the Utah Film Center, finally provided a platform to combine the Film Center’s stellar public exhibition programming with SHIFT’s teacher professional development initiatives. After months of deliberation with Film Center staff, negotiations with numerous supportive filmmakers and independent distributors, and a partnership with Travis Cook, who oversees Adult and Alternative Education programming at the State Office of Education, our vision finally came to fruition.

With a goal of bringing the fruits of the golden age of documentaries to youth-in-custody across the state, Film Spark was born.

Picking some of our teams’ favorite titles along with being extremely sensitive to the complex issues that teachers and students are facing in secure care juvenile facilities, Film Spark (Volume I) is made up of the following 12 award-winning documentaries: Louder Than a Bomb, The Crash Reel, He Named Me Malala, The Mask You Live In, Unbranded, I Learn America, A Place at the Table, Brooklyn Castle, Opposite Field, Bully, A Brave Heart: the Lizzie Velasquez Story, and a compilation of documentary shorts produced by Spy Hop emerging filmmakers. Ultimately, this collection was selected to initiate meaningful classroom discussions and activities and lead young people to develop their own voices and become more successful students and productive citizens.

The formal Film Spark launch event took place on May 11th at Snowbird as part of the Troubled Youth conference, the state’s largest annual gathering of teachers, administrators and practitioners serving youth in custody. Partnering with the Utah Film Center educational staff for this kick off workshop was Chicago’s Lamar Jorden, an awe-inspiring spoken word poet and musician that also stars in the Louder Than a Bomb documentary that’s featured in the Film Spark curriculum. Following his film’s screening, a much more sophisticated and mature (it had been six years since the film’s release) Lamar took the stage to perform, answer questions, and provide educators with a glimpse into his creative process.

The day prior to the warm reception we received at the Troubled Youth launch event, we also had the privilege of taking Lamar to four Salt Lake Valley youth detention centers where he performed for students and offered up some heart-felt personal testimony about his brief legal troubles and his advice on “getting out” and “staying out” of the juvenile justice system. He shared poignant childhood experiences and his challenges growing up in the inner city neighborhood of Austin, which was recently named as the most dangerous place in Chicago. Lamar shocked us all when after multiple requests for him to perform his indelible Shooter poem from the movie he actually dug deep and on our last stop of the day, at the Farmington Bay Youth Center, flawlessly performed the poem he hadn’t recited in over five years. Utah Film Center SHIFT Program Director Suzi Montgomery later reflected on the day’s facility tour and Lamar’s multiple performances by saying, “I was sincerely moved, a little rocked, and utterly impressed.”

The next few months will be spent delivering the Film Spark documentary collection and corresponding educator study guides to the 18 licensed youth sites across the state and making sure that the appropriate staff feel confident in presenting the documentaries and facilitating the associated pre and post-screening discussion and activities. Data will also be collected from teachers and students so that Utah Film Center can better determine if our preconceived objectives of using film exhibition as an effective educational strategy and tool for social change is actually working. And fingers crossed, we’ll begin working on curating Volume II in preparation for the 2017/2018 school year.

Fire puns and references aside, Utah Film Center genuinely hopes that this new educational initiative sparks imagination, hope, and ultimately helps illuminate a life to aspire to what exists outside the walls of Utah’s juvenile justice system.

For more information about Film Spark or to discuss bringing the program to your educational setting contact me, Rick Wray, Utah Film Center’s Director of Education at rwray[at]utahfilmcenter.org.