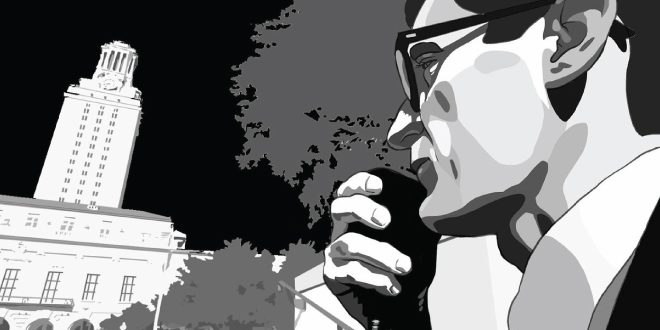 51 years after the University of Texas tower massacre, mass shootings have only become more common. The 2015 documentary Tower features archival footage combined with rotoscope animation to reveal the untold stories of the witnesses, heroes, and survivors of America’s first mass shooting. In both the horrific shooting at UT in 1966 and the most recent, and deadliest, mass shooting in Las Vegas, acts of heroism emerge and those stories, as seen in Tower, provide viewers the good that prevailed through the chaos.

We recommend watching Tower (Available via Netflix, iTunes, Amazon Video, Google Play or BluRay/DVD on Amazon), along with watching the above Q&A with director Keith Maitland filmed following Utah Film Center’s Through The Lens screening of the film on January 17, 2017, presented in partnership with KUER 90.1 and RadioWest. We would love to hear your thoughts on this powerful film and subject. Comment below to share your thoughts.

On August 1st, 1966, a sniper rode the elevator to the top floor of the University of Texas Tower and opened fire, holding the campus hostage for 96 minutes. Archival footage combined with rotoscope animation, in a never-before-seen way, reveal the untold stories of the witnesses, heroes, and survivors of America’s first mass school shooting. Winner: Grand Jury Prize and Audience Award for Best Documentary Feature—2016 SXSW Fim Festival

Here is a snapshot of what the critics are saying:

“Keith Maitland’s strikingly original ‘TOWER’ recreates the drama with a mixture of
animation and contemporary interviews, imbuing the catastrophe with renewed
immediacy.”
–Indiewire

“A gripping dramatic reconstruction, a tribute to the heroes and the fallen…Keith
Maitland’s film weaves rotoscopic animation, archival footage and present-day
interviews into a uniquely cinematic memorial”
–Variety