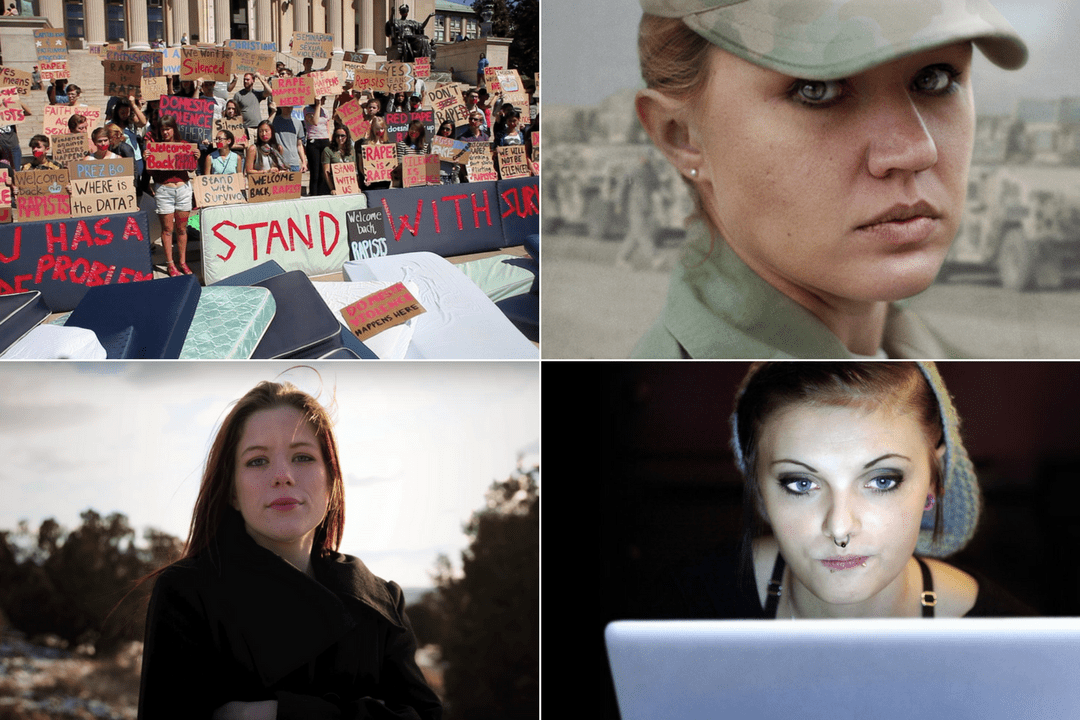 Director Kirby Dick discusses his documentary The Invisible War at our Through The Lens screening on September 4, 2013 at the Rose Wagner Performing Arts Center in SLC.

While the sexual assault epidemic seems to be at a pivotal turning point, the below list are some documentaries Utah Film Center has supported and screened that examine and tackle these issues. These films allow victims to come forward and share their stories, expose the problems at their root, and how we can move forward to change the culture around sexual violence and harassment. We would love to hear your thoughts on this powerful film and subject. Comment below to share your thoughts.

An exposé of rape crimes on U.S. college campuses, their institutional cover-ups, and the devastating toll they take on students and their families. Utah Film Center fiscal sponsored film.

The Invisible War, a nominee for the 2013 Academy Awards, is a groundbreaking investigative documentary about one of America’s most shameful and best kept secrets: the epidemic of rape within the U.S. military. Utah Film Center fiscal sponsored film.

I Am Jane Doe

A chronicle of the epic battle that several American mothers are waging on behalf of their middle-school daughters, victims of sex trafficking on Backpage.com. The film shines a light on child sex-trafficking, a gut-wrenching reality that affects every community in America, debunking the myth that this crime only happens in developing countries.

From acclaimed filmmakers Bonni Cohen and Jon Shenk (The Island President, The Rape of Europa), Audrie & Daisy is an urgent real-life drama that examines the ripple effects on families, friends, schools, and communities when two underage young women find that sexual assault crimes against them have been caught on camera. Utah Film Center fiscal sponsored film.