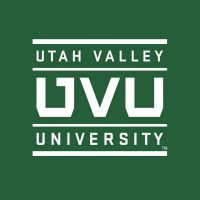 Job Description – Utah Film Circuit Intern
January 2018 – early May, or yearly depending on interest and commitment.
15 hours per week — For credit through department, unpaid.

Utah Film Center is seeking a UVU student intern to assist in establishing a monthly Utah Film Circuit series at the Fulton Library Lecture Hall. This series will be free and open to the public and feature cutting-edge documentaries and dramatic films that Utah Valley would otherwise not have access to. The ideal intern will be passionate about informing and exposing the community to new ideas through film, and interested in the film industry. The intern will be involved in film programming, outreach, and print traffic:

This position reports to the film programs coordinator and will be evaluated on attitude, time management, quality of work, and innovation. In addition, this position will also be evaluated on the success in meeting 2-5 goals and objectives developed at the beginning of or prior to the internship period.

To Apply
Please send cover letter and resume to programming@utahfilmcenter.org.

About the Utah Film Center
Utah Film Center brings the world of film to local audiences through free community screenings and discussions, outreach programs, and visiting artists and professionals. Emphasizing social content and artistic excellence, we present the best documentary, independent, and dramatic cinema year-round. We collaborate with various educational and community organizations to promote a diversity of ideas, to provide forums for underrepresented groups, and to develop new audiences for film. Currently screening in Salt Lake City, Moab, Ogden, Orem, Park City, and West Jordan.