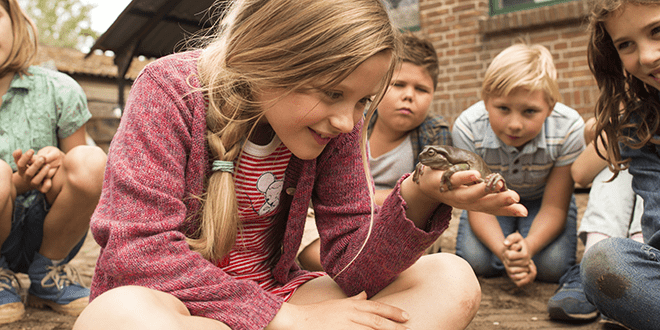 Based on the novel by best-selling author Paul van Loon, Mr. Frog is the wildly charming and engaging story of an elementary school teacher who occasionally turns into a frog! When Mr. Franz first transforms right in the middle of a lesson, the students are taken aback, but brave Sita immediately recognizes what has happened and springs into action. Leading the charge, the students undertake a series of diversions to hide the secret from their new principal and protect their beloved teacher from humans and predatory animals alike. As the students prepare for their school’s anniversary performance, Mr. Franz does whatever he can to stay under the radar, but the principal grows increasingly suspicious… perhaps it’s his own predatory nature taking control?