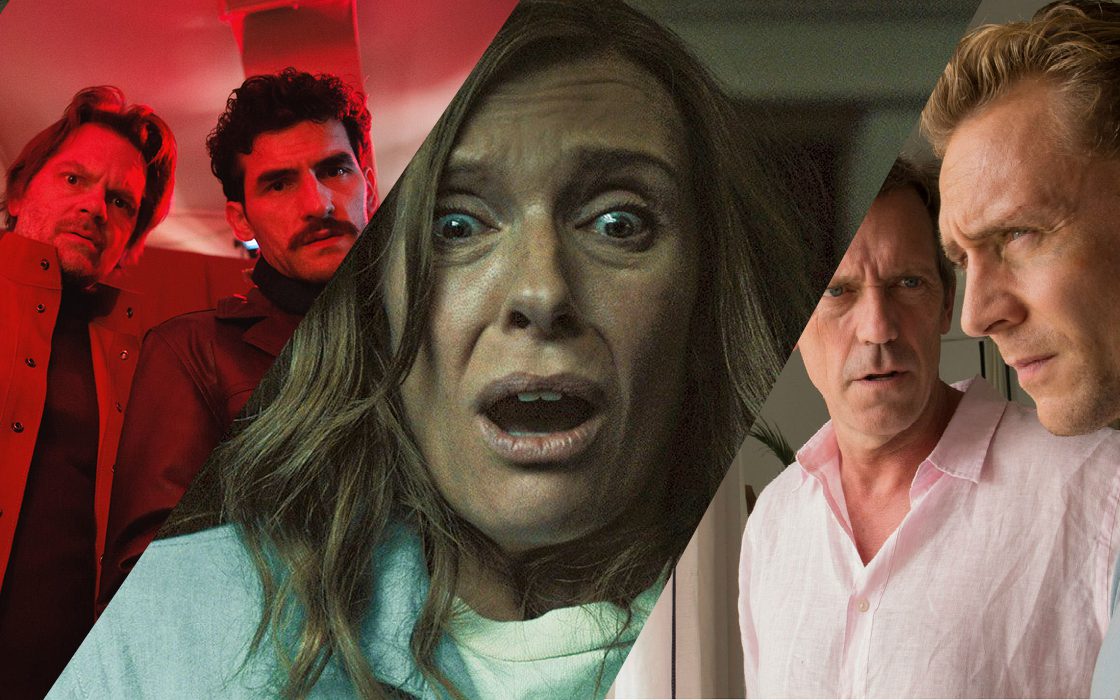 With it being the month of Halloween, we have of course included a couple picks with a spookiness in this months ‘Staff Streaming Selects.’ Hereditary is a horror film shot in Utah that will stay with you for day, and Houdini takes us into the world of one of the greatest magicians in history who passed away on Halloween in 1926. If spookiness is not your thing, don’t fret, we have you covered with crime-thrillers, quirky comedies, and a music focused doc.

“A genuinely scary and effective horror movie. You’ll want to turn away, but you won’t be able to, then you may wish you had once the ride is over. Be warned.. this film may stay with you for days. And just to add to the creepiness it was filmed right here in Salt Lake and Park City.”–Jeff Horne, Systems Coordinator

“Hugh Laurie, Tom Hiddleston need I say more? If I do need to say more, one thing I really liked about this crime series is you can not multitask while watching it. It requires your full attention, so it was a nice escape from phone, computer, pets, etc ” –Penny Frates, Operations Director

“Do you ever wonder what a TV show would be like if the Americans were the villains? If the answer is yes, then check out Comrade Detective. This “1980s buddy-cop show from Romania,” has been digitally remastered and dubbed with the voices of Channing Tatum, Joseph Gordon-Levitt, and Nick Offerman.” –Patrick Hubley, Artistic & Programming Director

“This miniseries follows the Houdini (Adrien Brody) behind the magic as he finds fame, engages in espionage, battles spiritualists and encounters the greatest names of the era.” –Jeff Horne, Systems Coordinator

Goodnight Brooklyn – The Story of Death By Audio

“Engaging, infuriating, inspiring. This documentary follows the founders of an iconic Brooklyn underground music and art space in its final days before a “cool, indie, hipster” company forces them out by taking over their building.” –Josh Levey, Marketing Director