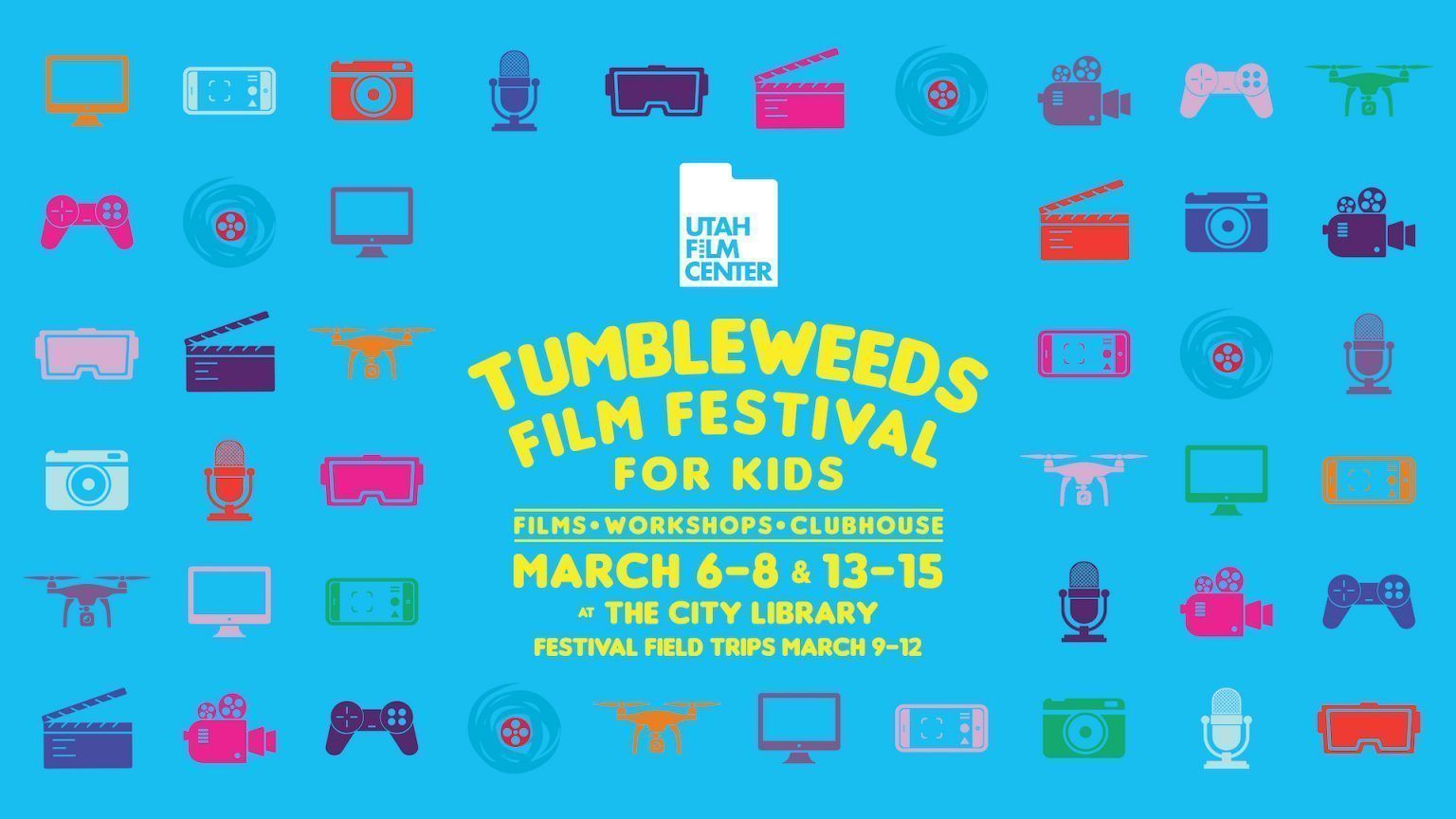 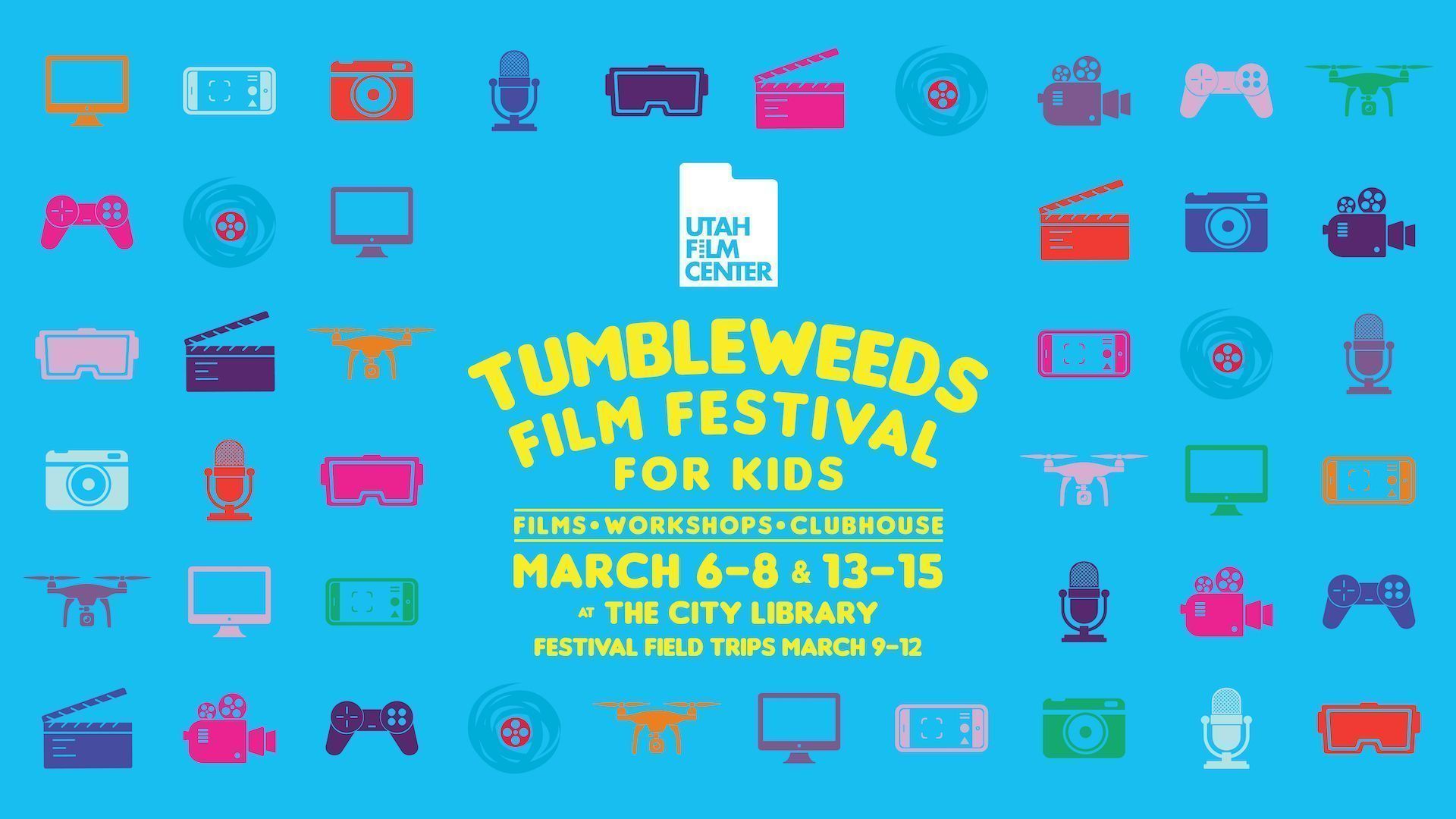 The 2020 Tumbleweeds Film Festival for Kids runs March 6-15 with all public events held at The City Library in downtown Salt Lake City. Tumbleweeds features stories from around the world and provides culturally-enriching, curated film, media arts workshops, and clubhouse activities for ages 4 and up. Tumbleweeds is the longest-running film festival for children in the Intermountain West and has quickly become one of Utah’s premiere events. Film, workshop and Clubhouse programming will be announced in early February. Passes are now on sale on Utah Film Center’s website: utahfilmcenter.org/tumbleweeds.

Patrick Hubley, Executive Director of Utah Film Center and Founder of Tumbleweeds Festival For Kids, said, “Expanding Tumbleweeds to provide more opportunities to experience the magic of independent film has been a goal of ours since the Festival’s inception 9 years ago. I want to thank our partners at the City Library for their support in making this a reality. The Film Center team is excited about the evolution of the Festival and is working hard to create an unforgettable experience for all participants.”

Two Festival weekends!The Festival will take place over two weekends, March 6-8 and 13-15, at The City Library in downtown Salt Lake City. The new format will give patrons more time, and flexibility, to experience films, workshops, and Clubhouse activities. All screenings will take place in the Library’s Nancy Tessman Auditorium.

More field trips thanks to the State Office of Education and their POPS program! Utah Film Center is offering 22 Festival Field Trips at The City Library in downtown Salt Lake City, Viridian Library & Event Center in West Jordan, and SCERA Center for the Arts in Orem. Field trips include film screenings followed by a professionally led post-film discussion, plus workshops on animation and virtual reality. Screenings also include a curriculum-linked study guide created by Utah Film Center’s Media Education department for educators to continue the conversation inspired by the film as part of their classroom activities. Field trips are offered Monday, March 9 through Thursday, March 12 and are free to attend for public schools and home-schooled students. Underwriting for bus/transportation support is available. To reserve your spot or learn more visit utahfilmcenter.org/fieldtrips.

New workshops and Clubhouse activities! (Plus some favorites from the past) The Festival’s workshops will connect kids directly with experts in virtual reality, sound effects, filmmaking, and more to deepen their appreciation for storytelling and inspire them to dig deeper into the elements of a story. The Festival’s free Clubhouse activities will bring a buzz of excitement to the Library’s Urban Room (atrium) on Saturday and Sunday of each weekend, these free, drop-in activities are open to all, and are designed to engage the creative spirit and energy of our participants.

Additional special screenings! The Festival is presenting a program of free, public screenings of films during the day on Friday, March 6 as a lead-up to the Opening Night screening and party, plus the evenings of Tuesday, Wednesday, and Thursday, March 10-12. Friday’s films will highlight past Festival favorites, with the weekday evening screenings featuring films from our Festival Field Trips and a special youth themed Through the Lens, our popular free film series presented in partnership with KUER 90.1, RadioWest, and the Tanner Center for Human Rights. Films will be announced in early February at utahfilmcenter.org/tumbleweeds.

ABOUT UTAH FILM CENTER’S TUMBLEWEEDS FILM FESTIVAL:
Utah Film Center’s Tumbleweeds Film Festival is an annual film festival for kids, ages 4 and up. Launched in 2011, Tumbleweeds provides opportunities for film lovers of all ages to engage their creative spirit, and bridge cultures by experiencing films whose stories transcend geographic, cultural, and political boundaries. Past Festival films include A Monster in Paris, The Eagle Huntress, Science Fair, Supa Modo, Oddball, Long Way North (Tout en haut du monde), Eleanor’s Secret, My Friend Raffi, I Learn America, Rainbow, and Ernest & Celestine. Films at Tumbleweeds are screened in their original language. Foreign language screenings are presented with English subtitles that will be read over listening devices by a “subtitle reader” for audience members who prefer an English dialogue track.

ABOUT UTAH FILM CENTER
Utah Film Center utilizes the power of film to educate, inspire, and engage Utahns, transcending political, geographic, cultural, and religious boundaries to highlight human experiences from around the world. Utah Film Center is a 501(c)(3) nonprofit organization. Connect with us on Facebook, Instagram, and Twitter. For more information visit utahfilmcenter.org.