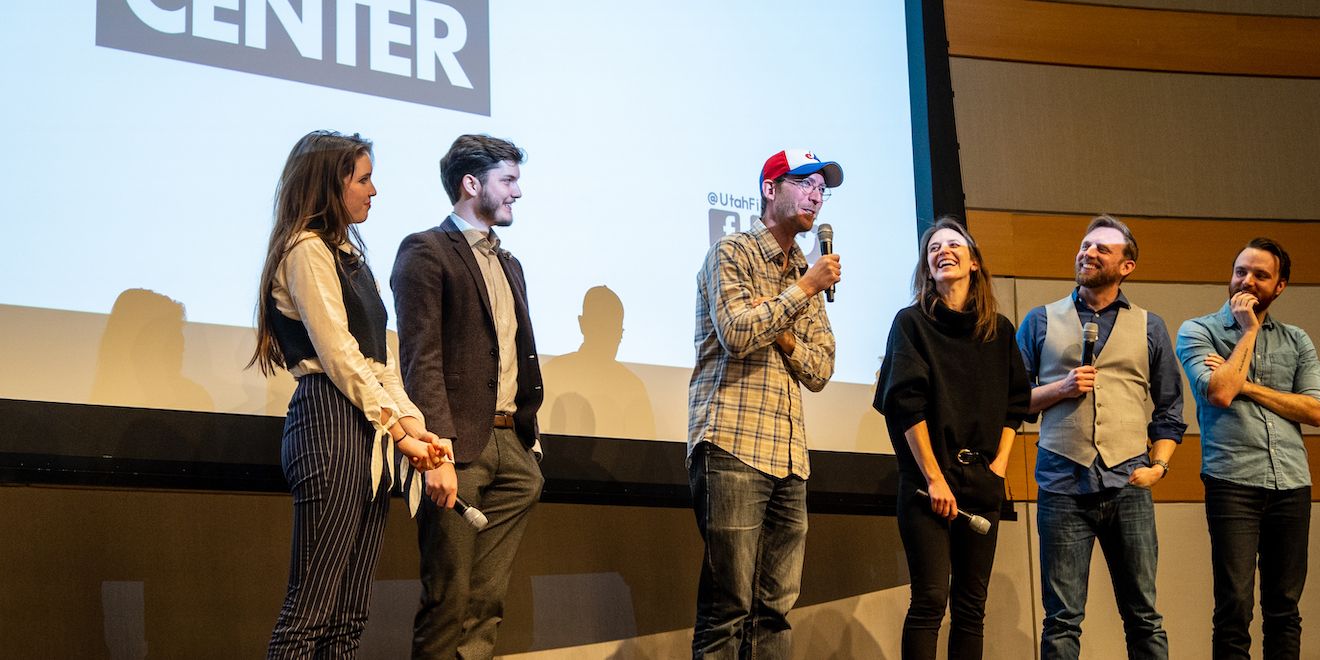 The intense nervousness that sits in your gut before sharing your art with a room full of strangers is a feeling independent filmmakers know all too well. In early February of this year, a handful of Utah based filmmakers undoubtedly experienced this exact sensation. As Utah Film Center Artist Foundry prepared to share a slate of films completed in 2019, the filmmakers themselves got a sense of closure on the creative process; for no film is complete until it’s been shared with an audience. 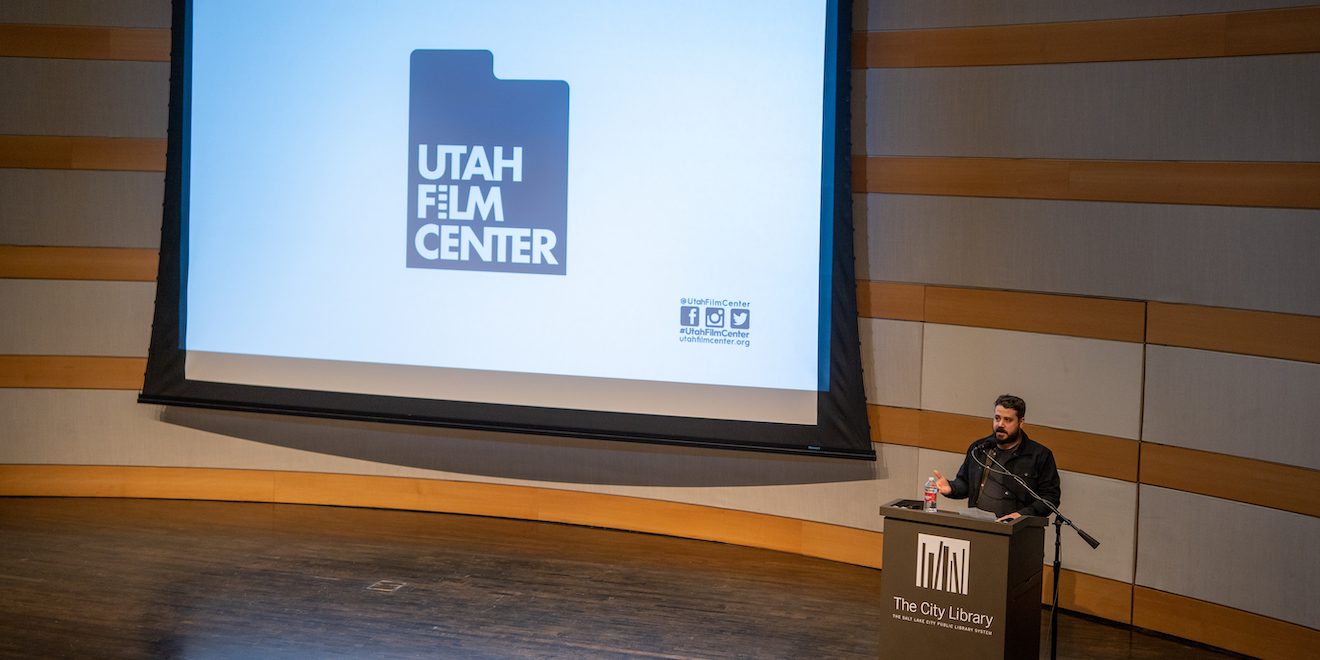 During 2019, a number of film projects were launched into development and the Artist Foundry was abuzz with the kinetic energy of fresh new ideas, and new collaborations being formed. It’s common for new film ideas to take flight at the Artist Foundry, but it’s a select few that make it all the way to the end.

Preceding the main program was the showing of three feature film trailers – all films made by Artist Foundry filmmakers. Director and producer Kati Hetrick was present to screen the trailer for her upcoming documentary Sao Tome, a woman empowerment story delving into the high risk ascension of a solid rock tower in the middle of the Sao Tome jungle by an all-woman climbing team. Next up was Tyler Measom’s I Want My MTV, which screened in Utah Film Center’s Through The Lens program earlier in 2019. Lastly screened was Jacob Lees Johnson’s recently completed feature project titled The Thief, an experimental narrative-documentary hybrid that is currently awaiting film festival notification.

Moving into the main program were five short films that were directed and produced by filmmakers tenacious enough to complete the tasks of development, fundraising, preproduction, production, and postproduction. It’s no easy feat, and the filmmakers themselves will be the first to attest to that.

First to screen at the showcase was Celeste Chaney’s Cradle Song, a psychological horror film that tells the story of a sleep-deprived new mother suffering from postpartum depression as she becomes convinced that her new child is being haunted by her late father. Chaney first started writing Cradle Song early in 2019, and consulted with various Artist Foundry filmmakers, including Artist in Residence Amy Redford, to get script feedback and guidance. Cradle Song is Chaney’s first short film. 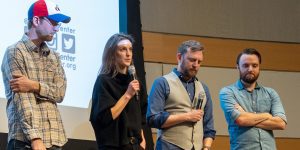 Chaney entered production in the spring, and brought on a number of other Artist Foundry filmmakers to assist including Rylee Syme who served as First Assistant Director on the film. Cradle Song was completed in the winter of 2019, and is now awaiting film festival notification.

Second to play was the somber tale of a farmer being forced to give up his land by powerful corporations in the six-minute short titled The Dead Body, written and directed by Jacob Hart. The Dead Body was one of the first Artist Foundry projects to move into production in 2019, completing principal photography in February, amidst a crusty snow covered backdrop. 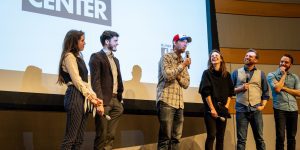 Hart wrote the film with his own family’s farm in mind. His parents are some of the last farm owners still holding onto their multi-generational farmland in Pleasant Grove, Utah. The film was shot at Hart’s childhood home and property, and went into postproduction for the majority of 2019, being edited by Hart and fellow Artist Foundry member Alexander Woods. The title The Dead Body would typically allude to a human corpse, but Hart hopes audiences will identify the abandoned farm as the real death that takes place in the film.

In the middle of the showcase was the 20 minute film Deep Blue City, which has been described by some as a love letter to Salt Lake City. Deep Blue City is the result of the third collaboration between long time Artist Foundry members Alexander Woods and Shawn Francis Saunders. Despite the epic length of the short film, Deep Blue City was produced by a crew of five people, all Artist Foundry members, including jack-of-all-trades filmmaker Alek Sabin who served as a grip and production assistant on the film.

Deep Blue City was the only film in the showcase to have screened elsewhere – it played at the 2019 Davey Foundation Film Festival where it won an award for best Utah-made short film. Saunders and Woods have wasted no time in jumping into their next collaboration, as they are already fast at work on another project entering production in the spring of 2020.

Next up in the lineup was folklore meets body-horror short film The Angler, written and directed by twin brother and sister Lucy and Max Nebeker. New to scripted filmmaking, the Nebeker twins joined the Artist Foundry at the start of 2019 and immediately dove into the filmmaking process. 2019 actually saw the completion of two shorts made by the twins, the second being The Angler, and both being part of an ongoing trilogy of what the twins describe as “Rocky Mountain folklore stories.” 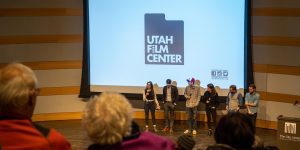 The twins are a shining example of what can be done if you are tenacious, willing to fail, and eager to collaborate. The twins synched up with fellow Artist Foundry filmmaker Connor Rickman who served as Producer on The Angler, and the trio continues to collaborate on various projects, including the third installment in their trilogy.

Closing out the showcase was a short film titled Gruff, a mash-up retelling of the fairy tale “Three Billy Goats Gruff” and the stage play “Waiting for Godot”. Gruff was written and directed by veteran filmmaker and Artist Foundry workshop leader Kohl Glass.

The most striking image of Gruff is the two characters of the film, anthropomorphic goats Yagi and Zeige. The makeup for the two goats was designed and applied by well known makeup artist Chris Hanson and supported by Artist Foundry filmmaker Merry Magee, who also did all production design and costuming on Gruff.

Glass hadn’t directed a short film since his student short film Der Ostwind premiered at Sundance in 2007. His eagerness led to the film reaching a rough cut edit only two days after the completion of principal photography. Gruff is also awaiting response from various film festivals. 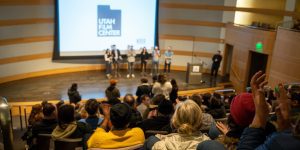 At the start of the showcase, I expressed my pride in seeing these films come to completion. However, more exciting is the fact that these five films are only a piece of what’s to come as the filmmakers of the Artist Foundry continue to dream up projects, and build collaborations.

My hope is that the annual showcase will turn into bi-annual showcases – one in the winter and one in the summer of each year. With more and more Utah-based filmmakers identifying the Artist Foundry as the place and community in which their passion projects can flourish, there is no doubt that there is much more to come.