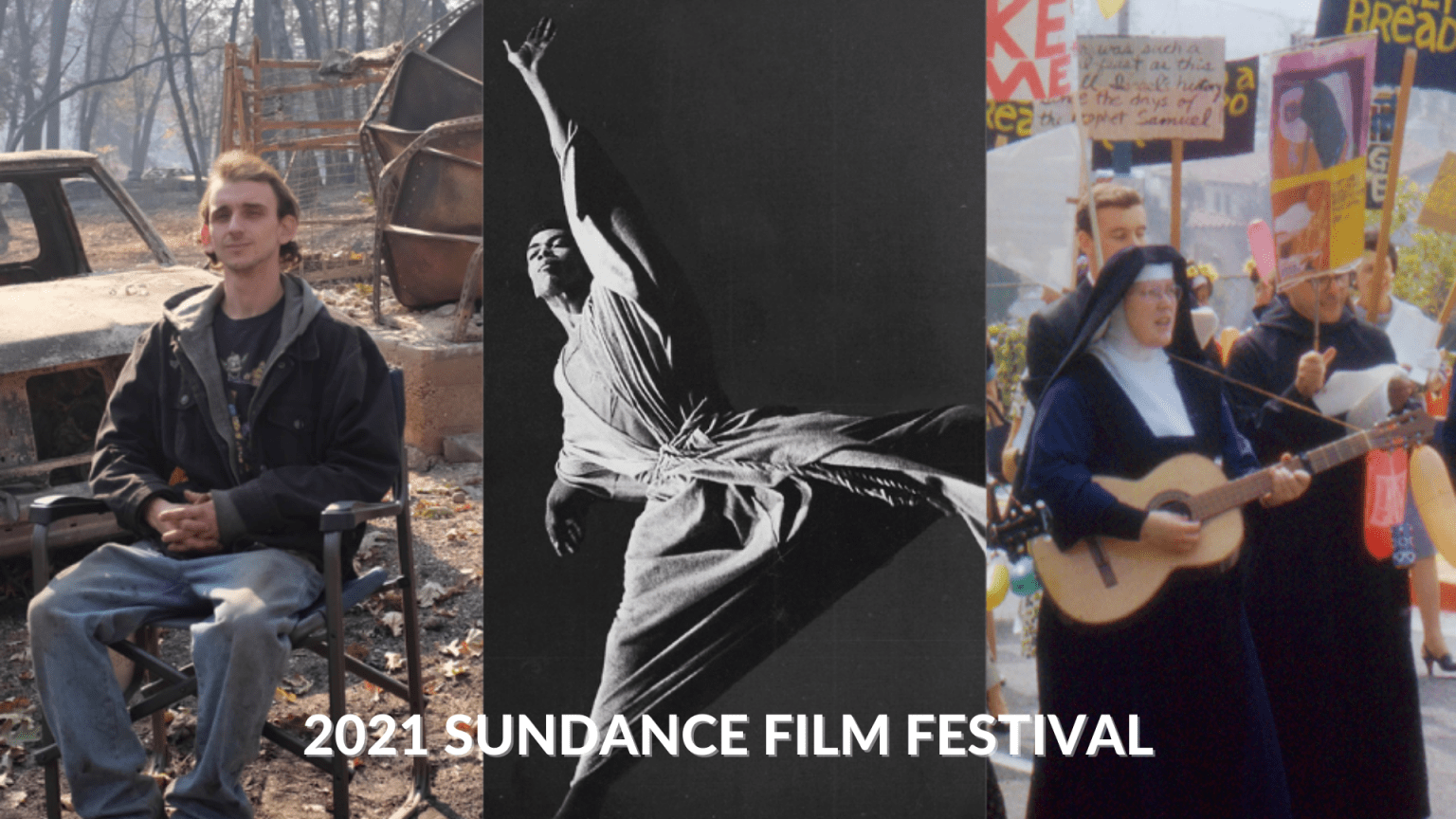 The 2021 Sundance Film Festival is fast approaching and the film world is buzzing with excitement to kick off the cultural calendar for the year. The diverse and innovative program consists of 71 films selected from 14,092 submissions from all over the world. For the first time ever, the Sundance Film Festival will stream straight to homes in a new online experience. This virtual model may make this the most accessible Festival yet, so don’t miss the chance to get your tickets!

Four films set to host their world premiere at the end of January are projects supported through Utah Film Center’s Fiscal Sponsorship program. It’s no small feat to get into Sundance, let alone in a year full of challenges and restrictions brought on by a global pandemic.
Congratulations to all the films selected for the 2021 Sundance Film Festival, especially these three:

Ailey / U.S.A. (Director: Jamila Wignot, Producer: Lauren DeFilippo) — Alvin Ailey was a visionary artist who found salvation through dance. Told in his own words and through the creation of a dance inspired by his life, this immersive portrait follows a man who, when confronted by a world that refused to embrace him, determined to build one that would. World Premiere

Bring Your Own Brigade / U.S.A. (Director and Screenwriter: Lucy Walker, Producers: Lucy Walker, Julian Cautherley, Holly Becker, Lyn Lear) — A character-driven vérité and revelatory investigation takes us on a journey embedded with firefighters and residents on a mission to understand the causes of historically large wildfires and how to survive them, discovering that the solution has been here all along. World Premiere, Documentary

Rebel Hearts / U.S.A. (Director: Pedro Kos, Producers: Kira Carstensen, Shawnee Isaac-Smith, Judy Korin) — A group of pioneering nuns bravely stand up to the Catholic Church patriarchy, fighting for their livelihoods, convictions, and equality against an all-powerful Cardinal. From marching in Selma in 1965 to the Women’s March in 2018, these women have reshaped our society with their bold acts of defiance. World Premiere

Fiscal sponsorship is a creative fundraising tool for filmmakers who don’t have the time or resources to establish their own 501(c)(3) nonprofit organization. Through our program, filmmakers are eligible to use the Utah Film Center’s nonprofit status which broadens their opportunities for fundraising. Over the last few years, Utah Film Center has helped 200 projects through fiscal sponsorship and more than 35 have played at the Sundance Film Festival.

Beyond film, Utah Film Center has also helped projects including reality TV show The Ride That Got Away, VR project Sun Ladies which premiered at the 2018 Sundance Film Festival, audio visual live show Cipher, and more! Filmmakers find it so helpful that more than ten have come back with their second project to utilize the streamlined services we offer.

For any filmmakers interested in applying to our program check out the Utah Film Center Fiscal Sponsorship application page.