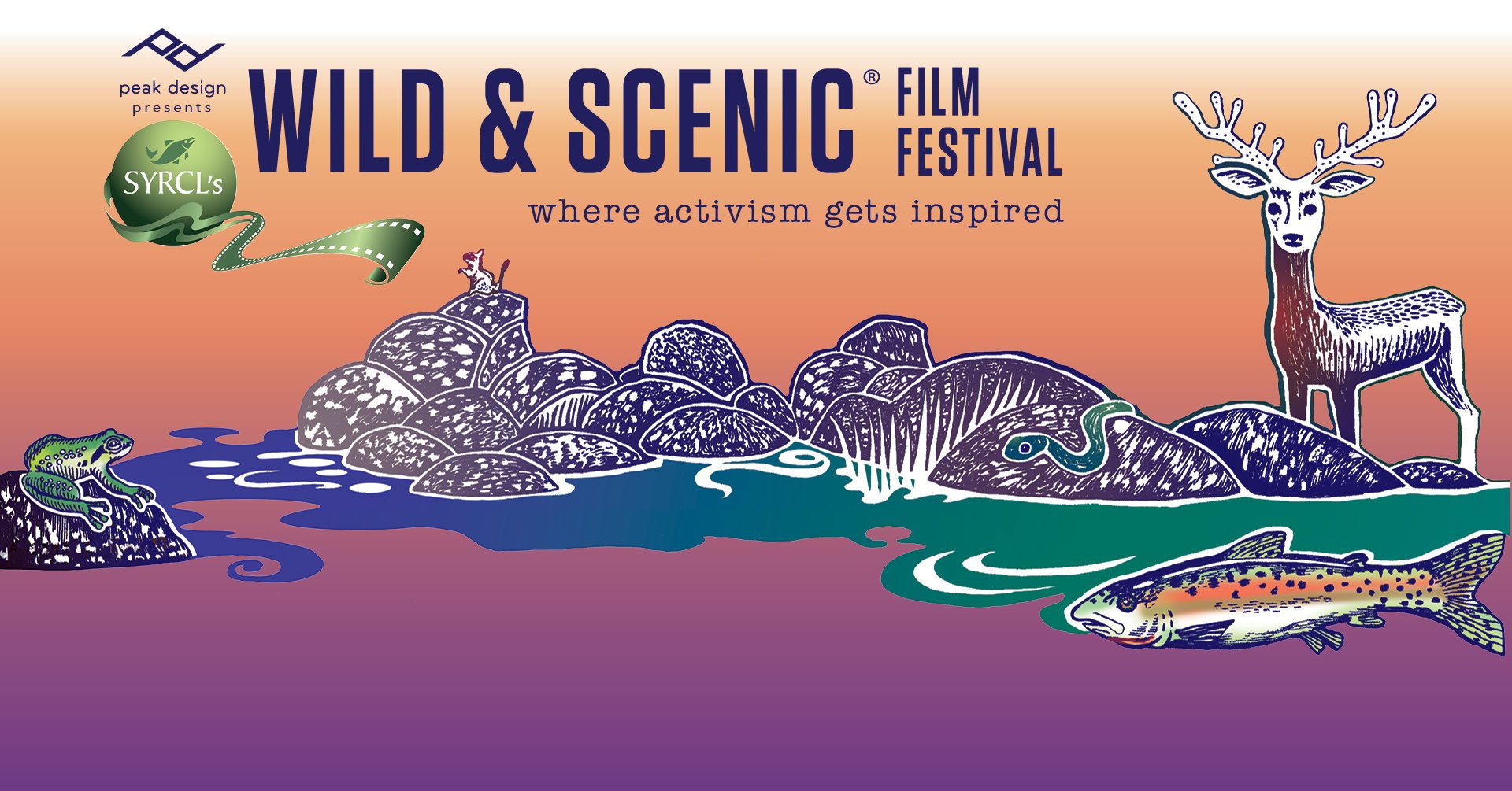 Outdoor Afro– Utah Network is partnering with the Tracy Aviary and Utah Film Center’s Black Bold & Brilliant program to present the Wild & Scenic Film Festival. Tune in on Friday, June 10th, for our Juneteenth fundraiser featuring Black, Indigenous, People of Color, and LGBTQ+ communities engaging with outdoor sports, public lands, and environmental activism. This is a video on demand selection of the films at Tracy Aviary for those who can’t attend in person but would still like to support and participate!

SYRCL’s Wild & Scenic Film Festival inspires environmental activism and a love for nature–through film. Wild & Scenic shares an urgent call to action, encouraging festival-goers to learn more about what they can do to save our threatened planet.

In The Crown, thru hiker, veteran, and Merrell Ambassador Will “Akuna” Robinson completes the Triple Crown of Hiking: the Appalachian Trail, the Pacific Crest Trail, and the Continental Divide Trail. This film shares Robinson’s thoughts on this incredible achievement that made him the first African American male on record to complete the Triple Crown of Hiking. Robinson is known within the hiking community for inspiring others to take their first step to get out on the trail and experience the power it brings.

After moving to Oregon and falling in love with the ability to explore the outdoors with ease with his wife and two kids, Rashad Frazier knew he had to extend the invitation to others. Driven by the magic of his experiences, his background as a chef, and his love of good food and connecting people to incredible places that open up to conversation, he created Camp Yoshi, which curates custom outdoor adventures centered around shared meals and shared experience with the goal of creating a space for Black people and allies to unplug and in turn reconnect with the wilderness. By virtue of being in these places, Camp Yoshi’s trips transform historically segregated spaces into safe havens for community, conversation and nourishment.

Through the voice of Colleen Cooley, one of the few female Diné (Navajo) river guides on the San Juan River, Water Flows Together elevates the importance of acknowledging Indigenous land in outdoor recreation. The film is a meditation on the challenges Colleen and her community have faced, the kinship she has with the San Juan River, and the unique opportunities her role as a river guide affords as she seeks to create positive change.

In Pedal Through, you are invited into the world of director-lead Analise Cleopatra as she discovers the healing and joy of mountain biking. Analise had never camped or ridden a bike off the pavement when she decided to plan a week-long mountain biking adventure with an all black female team: her best friend and fellow newcomer to the sport, Day Toliver, and professional mountain biker Brooklyn Bell. Together, they traverse the Oregon backcountry on an adventure full of exploration, curiosity, waterfalls, old growth forest, sparkling starscapes, and deep healing. With raw authenticity, Analise shares all the intimate foibles, fear, fun, and beauty of discovering her place in the outdoors. The landscape opens to greet her as she learns to lean into uncertainty, accept support, and trust herself on this wild ride.

The film, I’m a Child, takes us on a magical journey to see what we have done to the Earth, while the music speaks to the ongoing struggle to understand what is important in life. In this whimsical tale, a boy dismisses his grandfather’s effort to engage him in the fight against Global Warming so the grandfather gifts the boy a Raven totem. That night, the Raven shape-shifts and comes to life, whisking the boy away on a journey to see the true cost of Climate Change. Seeing what we have already lost, the boy cannot help but understand the harsh reality of continuing on this path.

America’s National Parks are some of the most beautiful places in the world. It’s even said that they are America’s best idea. Well… unfortunately for some, there’s still room for improvement!

Inspired by the poem “I Am Joaquin” by Chicano poet Corky Gonzales, this unique film tells the story of a young boy named Cheo who, from the sights and smells of his abuela’s kitchen, takes a sweeping cinematic journey across the lands that are both his history and his future – he sees the gorges of the Grand Canyon, the antiquity of New Mexican acequias, the majesty of the Rockies, and the urban warmth of Downtown Los Angeles. On this journey, Cheo realizes that he is formed by these places – but they need his help, as they are devastated by wildfires, pollution, climate change and disrepair.

This is a film about inclusion, identity, and hand-drawn heroes. Becoming Ruby shows that if you can’t find a hero, you can create your own. For mountain biker, skier, and artist Brooklyn Bell, that hand-drawn hero was a comic character named Ruby J. Using Ruby as a role model, Brooklyn set out to “live like her, breathe like her, be unapologetically black like her,” finding her own identity in a mix of dirt, snow, art, and inclusion.

Black, Bold & Brilliant is proudly presented by Utah Film Center with support from KRCL and the Salt Lake ACE Fund.

Restrictions: Available in US