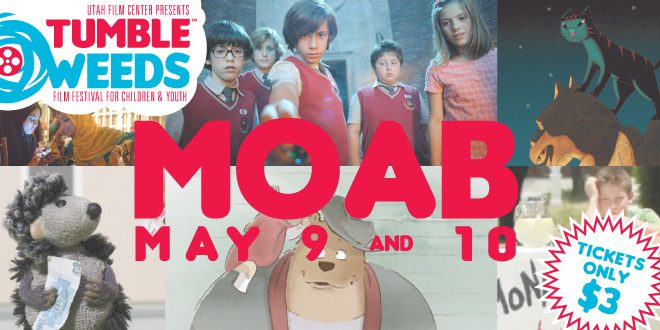 The Utah Film Center is bringing the Tumbleweeds Film Festival for Children and Youth to Moab May 9-10. The only festival of its kind in the Intermountain West, Tumbleweeds will feature independent, documentary, and foreign feature-length films and short films at Star Hall.

HOW WE HANDLE SUBTITLES

To enhance our young viewers’ appreciation of foreign-language movies, we have readers read subtitles aloud. We play the readings through individual headsets, to allow those who do not require the service to experience the film without hearing the reader. We have a limited number of headsets, and offer them on a first-come, first-served basis to young people only.