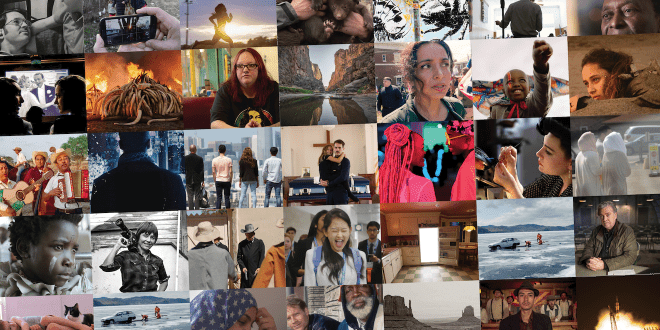 Our staff voted on their favorite films we played in 2019. This year included some beautiful films with some memorable moments.

This post contains affiliate links and we may receive commissions for the purchases through these links at no extra cost to you.
The Most Votes!

Our Opening Night film at Damn These Heels is the not-surprising winner. This story of teens fighting for their right to compete in sports with others of their same gender is an inspiration. The athletes’ determination, and the support of the adults in their lives, moved us and our audience. See photos from the night here.

Mariah Mellus, our External Relations Director: “I appreciated the way this film expanded my understanding around issues trans athletes face through their experiences, as well as their parents’, coaches, and competitors’ perspectives. A very thoughtful and illuminating film!”

Also screened as part of Damn These Heels Year-Round on November 19, 2019

Changing the Game was supported through our Fiscal Sponsorship program.

This film is currently unavailable to stream or purchase.

Part documentary, part western, part musical, this film tells the true story of the Bisbee Deportation, when thousands of immigrant workers were rounded up by their armed neighbors and shipped to the desert to die. Director Robert Greene, on stage for a post-film Q&A, said “We couldn’t have made this film if it wasn’t for the Utah Film Center’s fiscal sponsorship program, it all started with you so tonight is like a homecoming for us.”

Dallin Cerva, our Artist Foundry Manager: “Bisbee ‘17 is a look into the future of filmmaking — it’s almost a new category. The blend between scripted and unscripted content is so perfectly mixed and harmonious that you can’t decide what it is!”

Bisbee ’17 was supported through our Fiscal Sponsorship program.

This film provides an insider’s look at the Cambridge Analytica/Facebook data scandal, showing why our information is now the world’s most valuable asset.

Davey Davis, our Film Program Manager: “This film deftly shows how our collective data is being used to manipulate the democratic process and IT’S TERRIFYING.”

The Great Hack was supported through our Fiscal Sponsorship program.

For the 2019 Tumbleweeds Film Festival Opening Night film, we brought writer/director Likarion Wainaina from Kenya to Utah for his first visit to the United States. He also answered post-film questions at our Festival Field Trips, where Supa Modo was seen by hundreds of students. His favorite part of the trip was visiting classrooms. He said, “The school trips (were) an added delight. I have travelled with this movie to many countries and not one did what you did. Having the filmmaker go to the school directly gives such an intimate experience and it allows the kids to be free with the filmmaker.” See photos of his Utah visit here.

Leslie Means, our Marketing Coordinator: “A surprisingly funny and uplifting movie about a girl dying of cancer. It’s also a love letter to movies and how they inspire us.”

This film is currently unavailable to stream or purchase.

This portrait of a small-town officer struggling with life’s problems is an expansion of a short by the same name that won the Short Film Grand Jury Prize at the 2016 Sundance Film Festival. It’s painful and funny, and the very definition of “cringe-worthy”.

Russell Roots, our User Experience Manager: “(Writer/director) Jim (Cummings) is a great guy and he’s got a knack for capturing the simple joys and discomfort of ordinary day people in not-so-ordinary circumstances. I can’t wait to see his following projects.”

Through the Lens Screening on January 9, 2019

We brought most of the cast to town for this 15th anniversary screening of this beloved cult classic. Other cast and crew members were in the audience, making for an even bigger and happier reunion. It’s hard to say who had the most fun that night – the audience, the cast, or our staff. See photos of the night here.